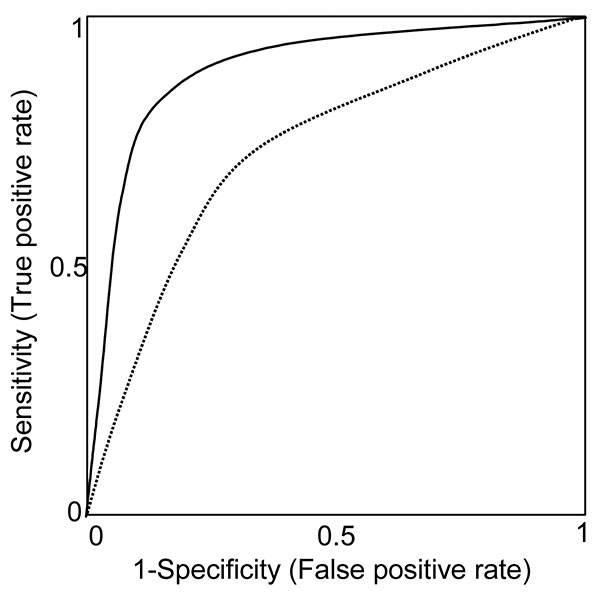 Figure 2. Receiver-operating characteristic curves (ROC). Each point along a ROC represents the trade-off in sensitivity and specificity, depending on the threshold for an abnormal test. Here, two hypothetical diagnostic tests are compared. The diagnostic test represented by the unbroken ROC curve is a better test than that represented by the broken ROC curve, as demonstrated by its greater sensitivity for any given specificity (and thus, greater area under the curve).