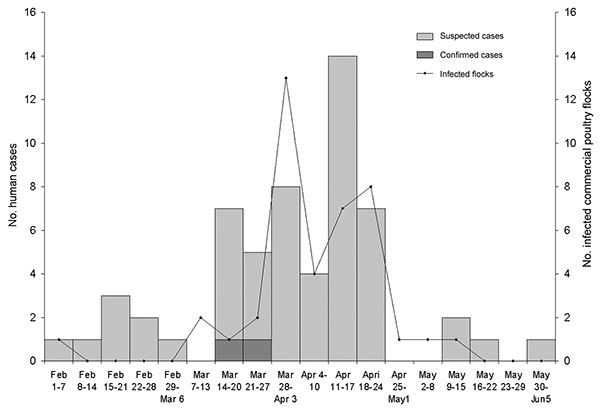 Figure. Onset of symptoms for suspected and confirmed cases in humans and identification of infected commercial poultry flocks, highly pathogenic avian influenza H7N3, British Columbia, 2004. Date for poultry flock is either the date the flock was suspected to be infected (because of clinical illness) or the date the sample was taken as part of surveillance.