SARS Epidemic in the Press 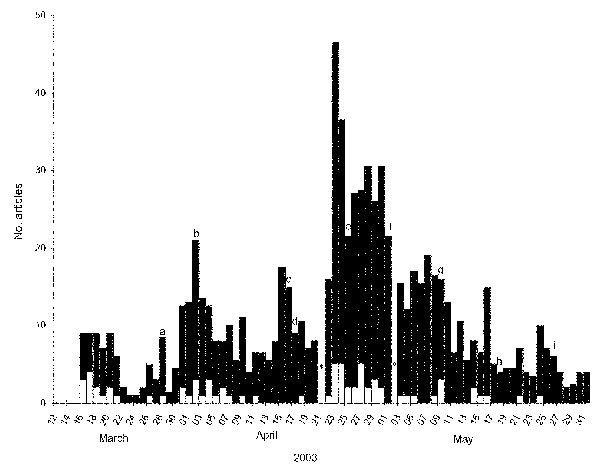 Figure 1. Number of articles on SARS published in the five newspapers with the highest nationwide circulation in Italy, by date of publication; March 15 to May 31, 2003. The white area of the bars represents the number of articles or headlines appearing on the front page. The peaks prompted by the specific events listed are indicated with arrows. An asterisk indicates days on which newspapers were not published (Easter and May 1). The World Health Organization (WHO) global alert was March 12 and the WHO travel advisory was March 15. a, death of Carlo Urbani; b, first 2 probable cases in Italy; c, task force press conference; d, death of suspected case in Naples; e, WHO warning of “global threat”; f, two-fold increase of probable cases in Italy; g, European conflict on airport measures; h, increased quarantine measures in China; i, Civet cat identified as probable source.