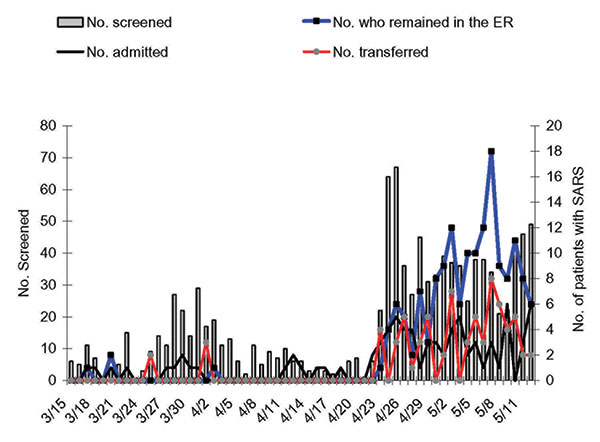 Figure 1. Time course during which patients with febrile illnesses were screened for severe acute respiratory syndrome (SARS) (vertical bars) and patients with SARS were detected at the emergency room of National Taiwan University Hospital, March 15–May 12, 2003. The numbers of patients with SARS who were admitted to this hospital is shown in black lines. The number of patients who temporarily stayed in the emergency room or were transferred to other hospitals is shown in red and blue lines, respectively.