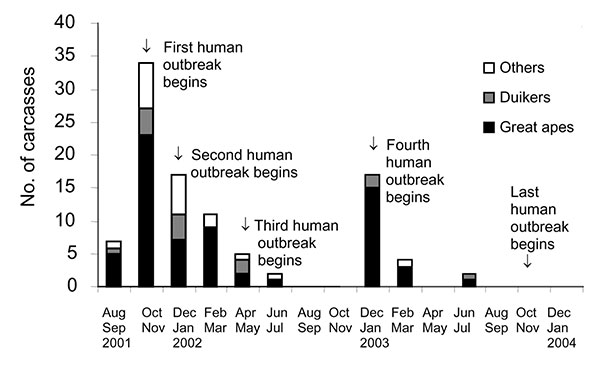 Figure 4. Temporal distribution of carcasses found in the forest straddling the border between Gabon and the Republic of Congo (2001–2003). The duration of human outbreaks is also shown. Two peaks of mortality were observed: the first occurred in the Ekata region (Gabon) from November to December 2001 and the second from December 2002 to February 2003 in the Lossi gorilla sanctuary (Republic of Congo).