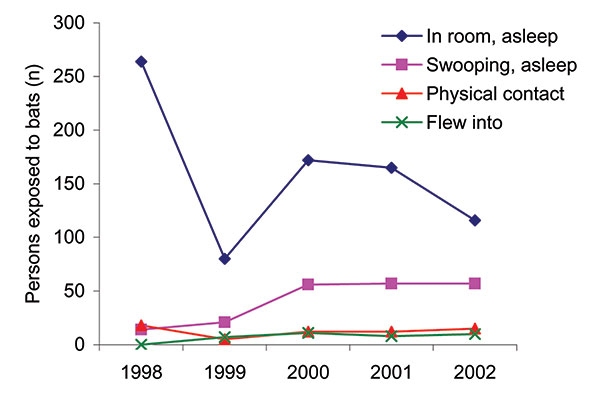 Figure 2. Number of persons exposed to bats by most frequently reported incident types, New York State, 1998–2002. Shown are the 4 most reported exposures of 23 reportable incidents of any type from 1998 to 2000, and of the 13 reportable exposure types from 2001 to 2002. Postexposure prophylaxis was avoided because the bats were captured and tested negative for rabies virus.