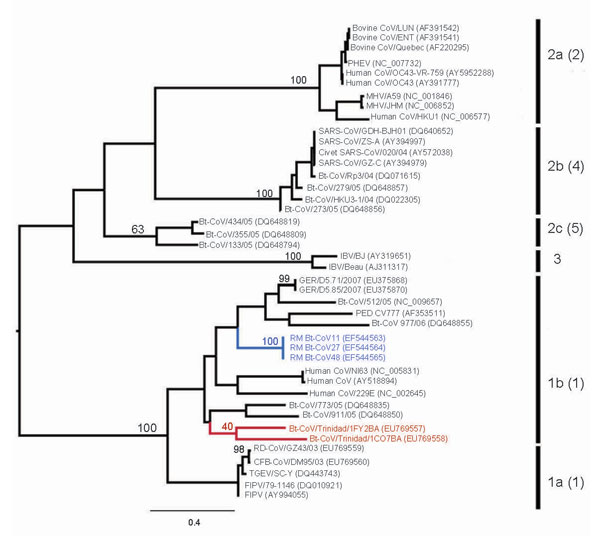 Figure 2. Maximum likelihood tree of coronaviruses based on 378-bp fragment of the RNA-dependent RNA polymerase gene. The tree was inferred under the General Time Reversible (GTR + Γ4 + I) by using PAUP* version 4.0b (Sinauer Associates, Inc., Sunderland, MA, USA). Trinidadian bat coronavirus (Bt-CoV) sequences are highlighted in red and North American Bt-CoV in blue. Previously defined phylogenetic groups and a putative novel group (10) are delineated by the bars on the right. The numbering of these groups is as described in the eighth report of the International Committee on Taxonomy of Viruses with the alternative grouping proposed by Tang et al. (4) in brackets. Bootstrap support values for groups 1a, 1b, 2a–c, 3, and the lineage containing Trinidadian Bt-CoVs are shown. GenBank accession numbers are noted in parentheses. Scale bar indicates number of nucleotide substitutions per site.