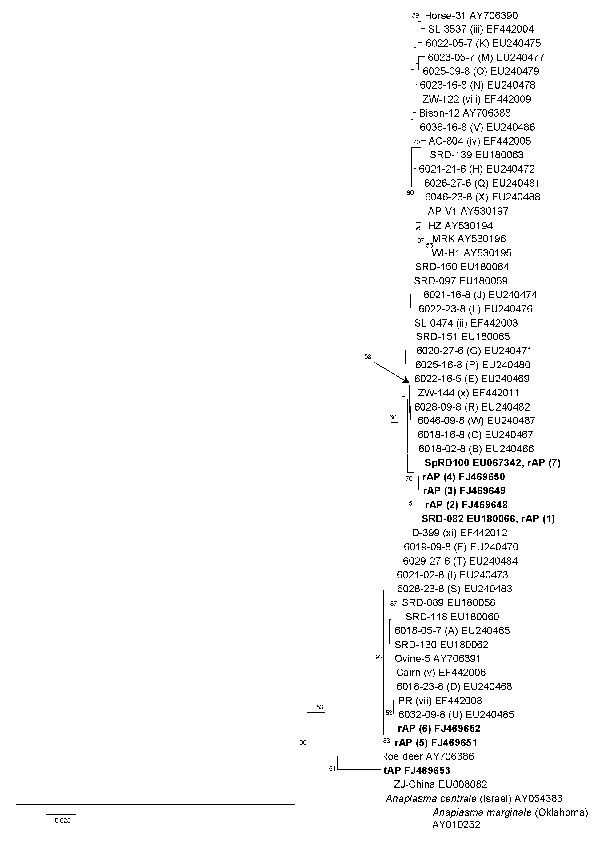 Figure 3. Phylogenetic tree inferred from alignment of Anaplasma phagocytophilum msp4 sequences obtained in this study or available from GenBank. Inference was made by using the neighbor-joining algorithm. The stability of proposed branching order was assessed by bootstrapping (1,000 replicates). At nodes present in >50% of replicates, the percentage of replicates possessing the node is indicated. The GenBank accession numbers of the new msp4 sequences obtained during this study (in boldface) are included in the strain designations. rAP sequence types were detected in questing Ixodes ricinus ticks and roe deer, and the tAP sequence type was detected in voles. Scale bar indicates nucleotide substitutions per site.