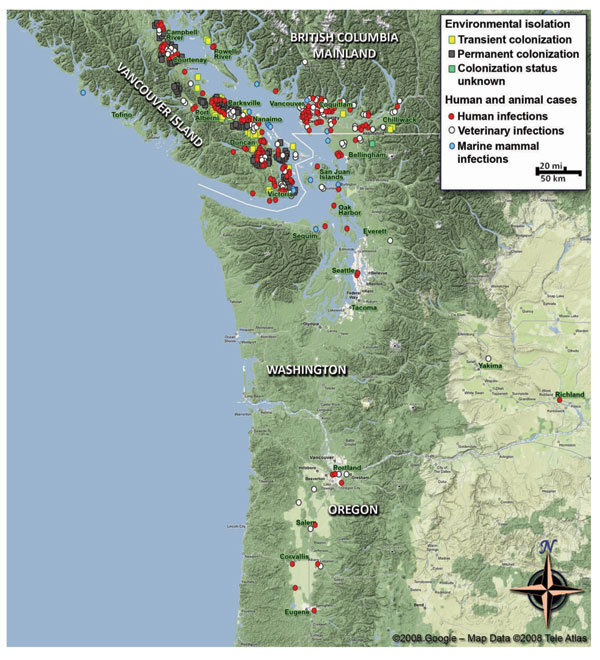 Figure. Map of the Pacific Northwest, comprising parts of British Columbia, Canada, and the states of Washington and Oregon in the United States, showing human and veterinary Cryptococcus gattii cases (including marine mammals) by place of residence or detection, and locations of environmental isolation of C. gattii during 1999–2008 (strain NIH444 [Seattle] or CBS7750 [San Francisco] not included). Data were collected from various state health departments and published reports referenced in the text. The map and icons have been used at a scale that shows gross geographic areas, effectively masking any personally identifiable patient locality information. Use of the map is courtesy of exclusive permission from Google Maps: ©2008 Google, map data ©2008 NAVTEQ.