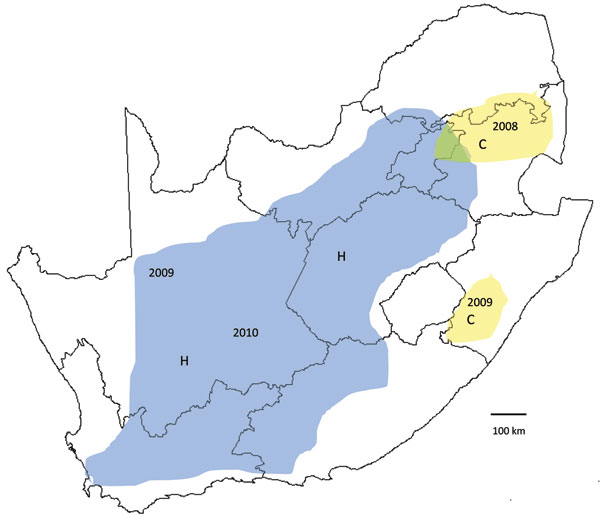 Figure 2. Recent outbreaks of Rift Valley fever in South Africa. Lineage C virus (yellow areas), which caused a small outbreak in Kruger National Park in 1999, was associated with scattered outbreaks of disease in adjacent parts of northeastern South Africa in 2008 and limited outbreaks to the south in KwaZulu-Natal Province early in 2009. Lineage H virus (blue area), which was first encountered in the Caprivi Strip of Namibia in 2004, caused focal outbreaks in the Northern Cape Province late in 2009, and was associated with coalescing outbreaks over much of interior South Africa in 2010. Lines indicate province boundaries.