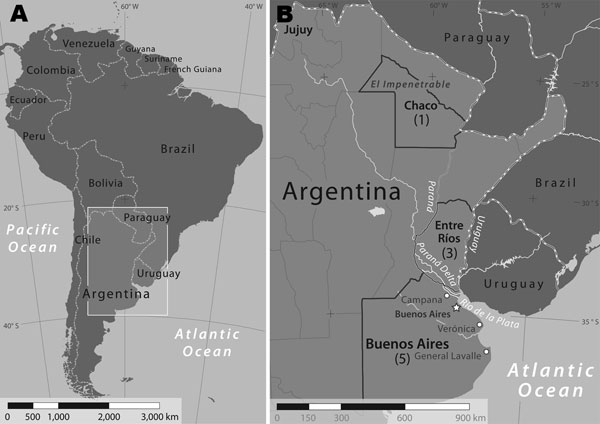 Figure 1. Confirmed and suspected cases of Rickettsia parkeri rickettsiosis, Argentina. The box (A) enlarged in panel (B) shows the extent of the area in which Argentinean provinces, representing patient exposure locations to ticks, are labeled and highlighted. A previous study (10) identified ticks collected from the Paraná Delta near the city of Campana. Numbers of suspected and confirmed cases of R. parkeri rickettsiosis, by province during 2004–2009, are shown in parentheses. The national capital city of Buenos Aires continues to experience rapid population growth into adjacent lands in and near the Paraná Delta. Rocky Mountain spotted fever, a more severe tick-borne rickettsiosis, has been described in the province of Jujuy in the northwestern corner of Argentina (15,16).