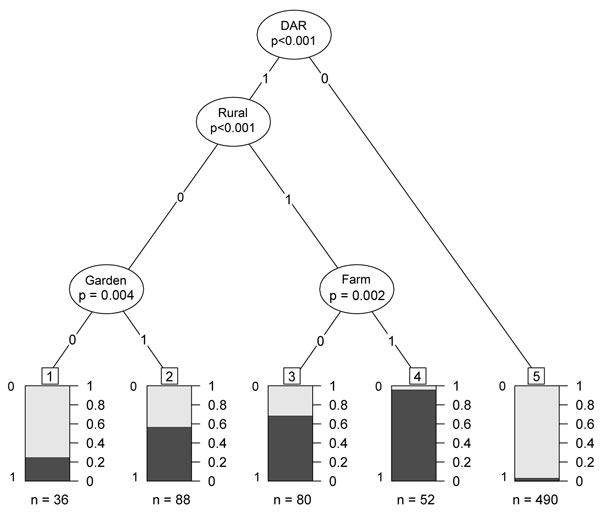 Figure 2. . Significant results by multivariate analysis using classification and regression tree analysis to determine risk for alveolar echinoccosis in France, 1982–2007. Black indicates patients; gray indicates controls; class number is enclosed in a square. When the last step of analysis was not significant, terminal classes were aggregated at the upper level. Patients appeared predominant in 4 terminal classes: class 1 represented persons who live in an urban (or semiurban) environment in a département (second largest administrative area in France) where persons are at risk for alveolar echinococcosis (DAR) and do not have a kitchen garden, class 2, persons who live in similar areas but have a kitchen garden; class 3, nonfarmers who live in rural areas in a DAR; and class 4, farmers who live in the same environment; class 5, mostly persons who live in départements (second largest administrative areas in France) where humans are not at risk.

1Additional members of the FrancEchino Network who contributed data are listed at the end of this article.