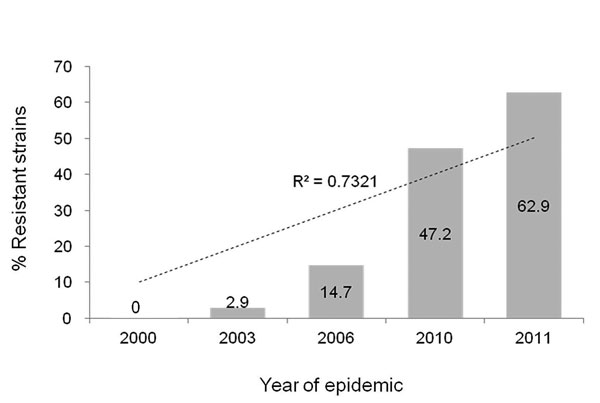 Figure. . Increased prevalence of macrolide resistance of Mycoplasma pneumoniae strains isolated from children during epidemics of lower respiratory tract infections, South Korea, 2000–2011. During the 2000 epidemic, 0 of 30 strains were resistant, but during the epidemics of 2003 and 2006, 1 of 34 and 10 of 68 strains, respectively, showed resistance. During the 2010–2011 outbreak, 25 of 53 (2010) and 44 of 70 (2011) strains were resistant. Numbers on the bars are the percentages of resistant strains for each year.