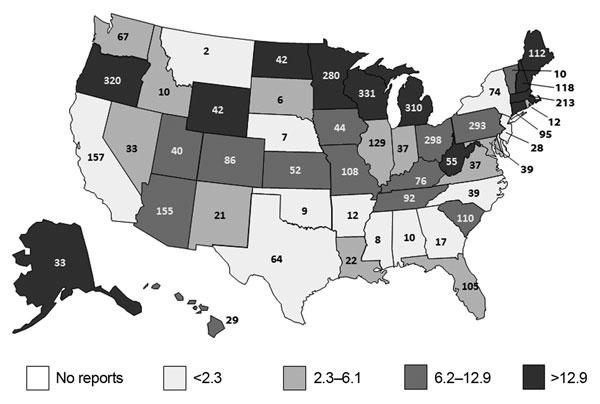 Figure 1. . . Total number and annual rate of reported acute gastroenteritis outbreaks per 1 million population by reporting state, National Outbreak Reporting System, United States, 2009–2010. The number given in each state indicates the total number of outbreaks over the 2-year study period; the shading denoted by the legend indicates the reporting rate by quartiles. Multistate outbreaks (n = 48) and those reported by Puerto Rico (n = 15) and the District of Columbia (n = 24) are not shown.