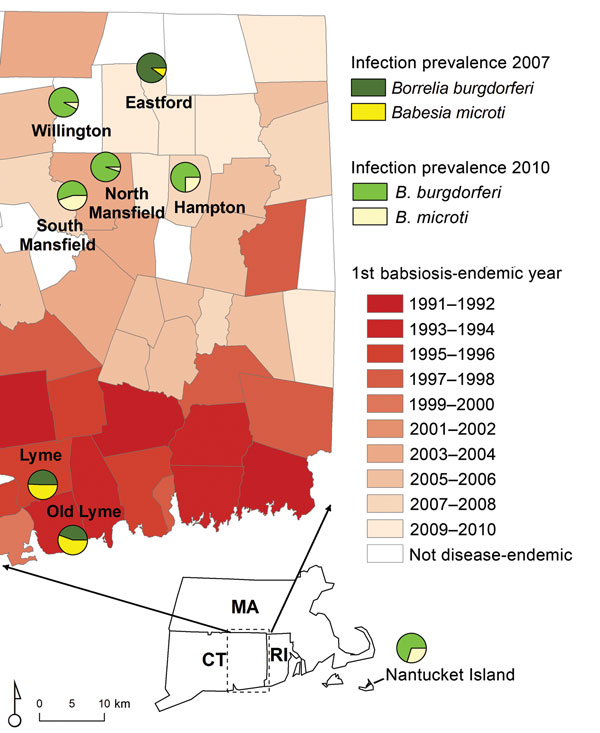 Figure 1. Borrelia burgdorferi and Babesia microti infection prevalence among humans and Ixodes scapularis ticks, eastern Connecticut (CT) and Nantucket, Massachusetts (MA)Shading indicates human babesiosis incidence in study towns by year in which the disease became endemic in the town (defined as the first year babesiosis cases were reported for 2 consecutive years)Iscapularis nymphal infection prevalence is shown for Bmicroti and Bburgdorferi in Lyme/Old Lyme in 2007 and for Nantucket and northeastern CT in 2010, represented as a pie chart for each sampled locationRI, Rhode Island.