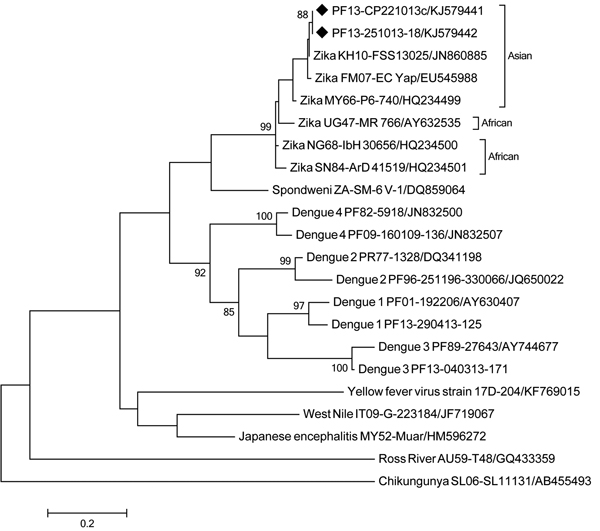 Figure. Phylogenetic analysis of partial M/E genes of 2 ZIKV strains, French Polynesia, 2013The evolutionary history was inferred by using the maximum-likelihood method based on the Kimura 2-parameter modelThe percentage of trees in which the associated taxa clustered is shown for values >85 next to the branches (1,000 replicates)Evolutionary analyses were conducted in MEGA5 (http://megasoftware.net/)Strains are labeled by country of origin and date-strain name/GenBank accession numberThe 2 ZIKV strains collected in French Polynesia are marked with a black diamondZIKV, Zika virusScale bar indicates nucleotide substitutions per site.