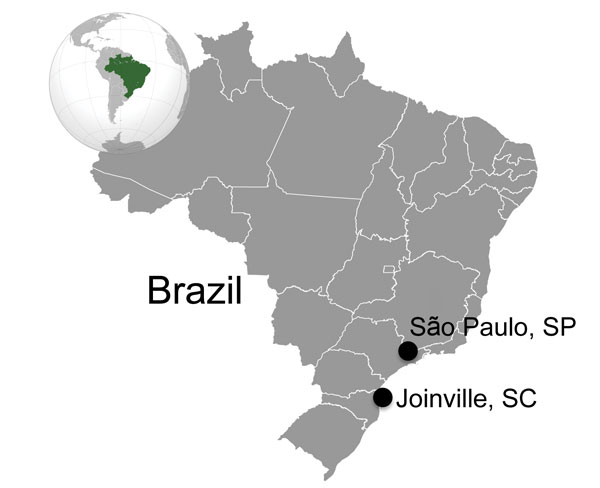 Figure 2. Cities where retinochoroidal scars consistent with Toxoplasma gondii infection were found on eyes donated to eye banks in Brazil during 1985 and 2009: São Paulo, São Paulo State, and its relative position in southern Brazil to Joinville, Santa Catarina State; 522 km separates the 2 cities.