Recently, a new paramyxovirus closely related to human mumps virus (MuV) was detected in bats. We generated recombinant MuVs carrying either or both of the fusion and hemagglutinin-neuraminidase bat virus glycoproteins. These viruses showed replication kinetics similar to human MuV in cultured cells and were neutralized efficiently by serum from healthy humans.

Mumps is typically characterized by inflammation of the parotid glands but also can be accompanied by orchitis, aseptic meningitis, pancreatitis, and deafness (3). Mumps vaccines have been used worldwide for >20 years. MuV is serologically monotypic (4). The fusion (F) and hemagglutinin-neuraminidase (HN) proteins, but not the small hydrophobic (SH) membrane protein, are the major targets of neutralizing (NT) antibodies (5,6).

By using expression plasmids, in 2015, Kruger et al. determined that the envelope proteins of the new paramyxovirus African bat MuV (ABMuV) were serologically and functionally related to those of MuV (7). We generated infectious recombinant MuVs (rMuVs) carrying either or both of the F and HN glycoproteins of ABMuV to analyze their functions and serologic cross-reactivities in the context of virus infection. 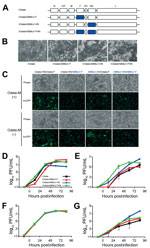 Figure 1. Construction of rMuVs expressing the ABMuV envelope proteins for study of their functions. A) Genome structures of the rMuVs. The 7 boxes indicate the N, V/P, M, F, SH, HN, and...

A full-length genomic cDNA of the MuV Odate strain (pMuV-Odate) (8) was constructed, and the open reading frames of the F and HN genes were exchanged individually or together with those of ABMuV, which were obtained by an artificial composition (GenBank accession no. HQ660095) (pMuV-Odate/ABMuV-F, /ABMuV-HN, and /ABMuV-FHN) (Figure 1, panel A). All infectious viruses were rescued by transfecting the plasmids pMuV-Odate, /ABMuV-F, /ABMuV-HN, and /ABMuV-FHN, along with helper plasmids, into BHK/T7–9 cells. Rescued viruses were propagated in Vero cells.

All rMuVs were propagated efficiently in Vero cells (Figure 1, panel D). Although at 24 and 48 h postinfection the titers of rOdate/ABMuV-F were lower than those of the other 3 viruses, they later increased to ≈108 PFU/mL, which was comparable to the titers of rOdate and rOdate/ABMuV-FHN. On the other hand, the peak titer of rOdate/ABMuV-HN was as low as 5 × 106 PFU/mL. To determine whether the envelope proteins affect the cell tropisms of MuV in vitro, we evaluated the viral growth in human- and bat-derived cell lines. Human lung epithelial A549 and human monocytic THP-1 cells were used because epithelial cells and monocytes are the primary targets of MuV in vivo (9). In A549 cells, rOdate/ABMuV-HN showed the highest titer by up to >106 PFU/mL at 96 h postinfection (Figure 1, panel E). The other 3 rMuVs also replicated well in A549 cells up to ≈105 PFU/mL, with rOdate/ABMuV-FHN showing much faster kinetics than the others. All 4 viruses grew to similar titers of up to 107 PFU/mL in THP-1 cells (Figure 1, panel F). Growth was also efficient in the fruit bat–derived FBKT1 cells, although the peak titers of rOdate were lowest (Figure 1, panel G). Collectively, these findings using culture cells suggested that the envelope proteins are not a critical determinant of host specificity between ABMuV and MuV.

Figure 2. Comparison of the NT titer of rOdate versus rOdate/ABMuV-F (A), -HN (B), and -FHN (C) in a study of serologic cross-reactivities. r and p values, calculated by using the Pearson product-moment...

We conducted NT assays and ELISA using human serum obtained from 12 healthy adults (18–58 years of age) under approval by the Ethical Committees of National Institute of Infectious Diseases. Ten of 12 serum specimens (nos. 1–10) were seropositive or indeterminate (titer >21) and neutralized rOdate (NT titer >4-fold) (Table). The MuV-NT serum samples showed cross-neutralization between rOdate and 3 chimeric MuVs (Table). Correlations of the NT titers were significant among rOdate and rOdate/ABMuV-F, -HN and –FHN of 0.67 (p<0.05), 0.77 (p<0.01), and 0.71 (p<0.05), respectively, by Pearson product-moment correlation (Figure 2). In addition, serum from a rabbit vaccinated with a genotype B mumps vaccine strain also neutralized the rMuVs carrying the ABMuV envelope proteins (data not shown). All data demonstrated that MuV and ABMuV were serologically cross-reactive.

To our knowledge, no infectious ABMuV has been isolated, although the entire genome sequence was detected in bats. To study the context of virus infection, we generated rMuVs carrying the ABMuV envelope proteins by reverse genetics. By using expression plasmids, Kruger et al. reported that the functions, such as fusion, hemadsorption, and neuraminidase activities, of the envelope proteins were conserved and compatible between MuV and ABMuV (7). These findings agreed with our data using the recombinant viruses, but notable differences existed. For example, Kruger et al. reported that the ABMuV envelope proteins induce smaller syncytia than the MuV proteins, whereas we observed enhanced syncytium formation by rMuV carrying the ABMuV HN protein. However, the enhancement was not due simply to the functional difference between MuV and ABMuV HN proteins because the HN proteins showed similar fusion-supporting capacities when expressed using expression plasmids. Further investigation of the involvement of other viral proteins modulating the HN protein function could lead to elucidation of the mechanism underlying this difference. Moreover, although Kruger et al. mentioned that the fusion activity might restrict the viral species specificity, our data indicated that the envelope proteins of MuV are not critical determinants of the host specificity in cultured cells. Our study also demonstrated that a synthetic genome strategy, which has also been used for the study of a bat influenza virus (10,11), is useful for the characterization and risk assessment of emerging viruses, even when the authentic viruses have not been isolated.

Our data showed extensive cross-neutralization between MuV and ABMuV. Although NT antibodies might play an essential role for MuV protection, a definitive NT titer for MuV protection is still under debate (12). Cortese et al. suggested that case-patients generally had lower preoutbreak mumps antibody levels than non–case-patients; however, no cutoff NT titer was defined in their study (12). Our findings suggest that antibodies induced by either mumps vaccines or infection with wild-type MuV generally neutralize ABMuV efficiently. Because cell-mediated immunity might also contribute to MuV protection (13), further investigations are needed to clarify the definitive parameters of MuV and ABMuV protection. Nonetheless, our data demonstrate that the current MuV vaccination program reduces the risk for an emerging infection of ABMuV in humans.

Dr. Katoh is a senior researcher in the Department of Virology III, National Institute of Infectious Diseases, Tokyo, Japan. His research interests are molecular biology, pathogenesis and pathology, epidemiology, and prevention, and control of mumps virus infection.

We thank Naoto Ito and Makoto Sugiyama for providing BHK/T7-9 cells. We also thank all the members of the Department of Virology III, National Institute of Infectious Diseases, for their technical advice and critical input.

This work was supported in part by grants from the Ministry of Health, Labour and Welfare of Japan.