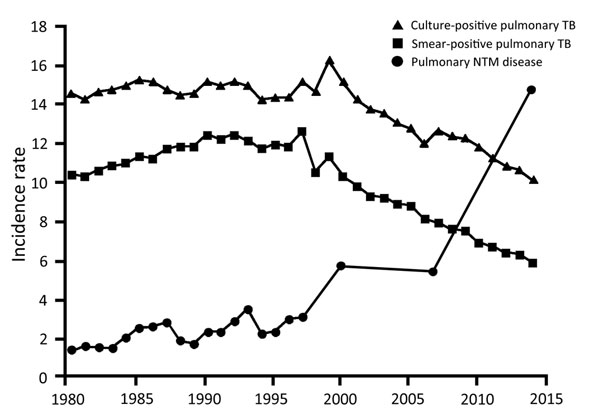 Figure. Incidence (no. cases/100,000 person-years) of pulmonary nontuberculous mycobacterial (NTM) disease, culture-positive tuberculosis (TB), and smear-positive TB in Japan during 1980–2014. The nationwide survey revealed that the incidence rate of pulmonary NTM disease exceeds that of TB. The epidemiologic survey before 1988 was conducted annually by the same research group; subsequently, another group performed the epidemiologic survey only in 2001 and 2007.