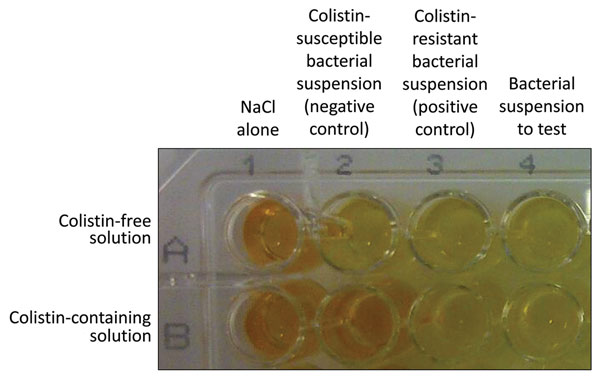 Figure. Representative results of the rapid polymyxin NP [Nordmann/Poirel] test. Noninoculated wells are shown as controls (first column). The rapid polymyxin NP test was performed with a reference colistin-susceptible isolate (second column) and with a reference colistin-resistant isolate (third column) in a reaction medium without (upper row) and with (lower row) colistin. The tested isolate grew in the presence (and absence) of colistin (wells B4 and A4, respectively) and was therefore reported to be colistin-resistant. The photograph was taken after incubation of the tray for 1 h.