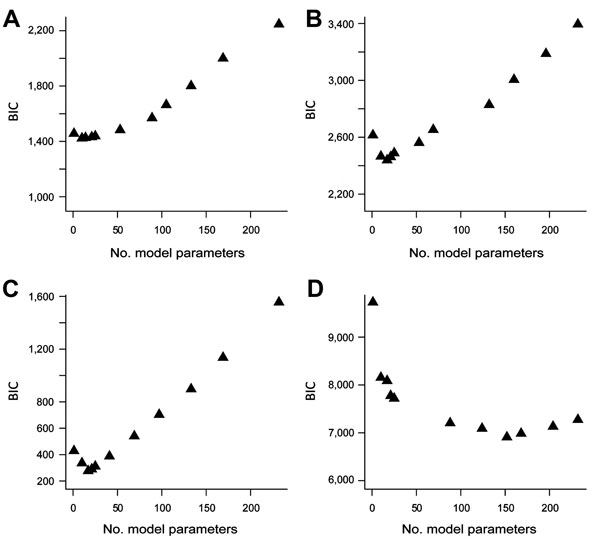 Figure 2. Patterns of the Bayesian information criterion (BIC) statistic as a function of the number of model parameters are shown for the four pathogens included in the analysis of Foodborne Diseases Active Surveillance Network (FoodNet) data, United States, 2004–2011. A) Campylobacter; B) Escherichia coli O157; C) Listeria; D) Salmonella. The BIC decreases to a minimum value and then increases as model complexity (as measured by the number of model parameters) increases.