Detection and Genomic Characterization of Senecavirus A, Ohio, USA, 2015 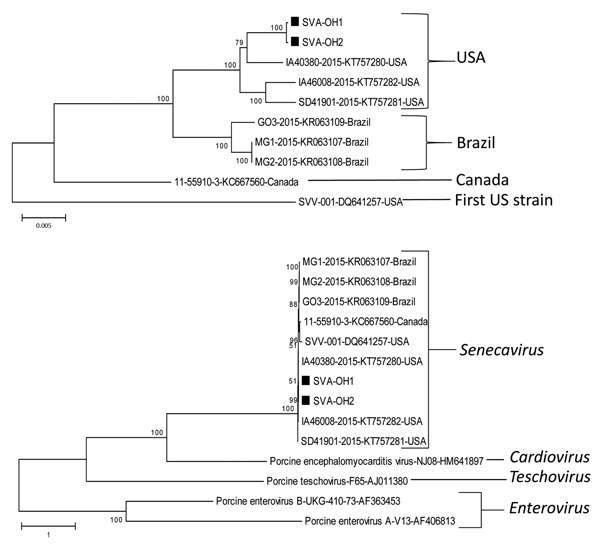 Figure. Phylogenetic trees constructed on the basis of the whole-genome sequences of isolates from the genera Senecavirus (SVA), Cardiovirus, Teschovirus, and Enterovirus of the family Picornaviridae, including the SVA-OH1 and -OH2 isolates (black squares) from pigs in Ohio, USA. Dendrograms were constructed by using the neighbor-joining method in MEGA version 6.05 (http://www.megasoftware.net). Bootstrap resampling (1,000 replications) was performed, and bootstrap values are indicated for each node. Reference sequences obtained from GenBank are indicated by strain name and accession number. Scale bars indicate nucleotide substitutions per site.