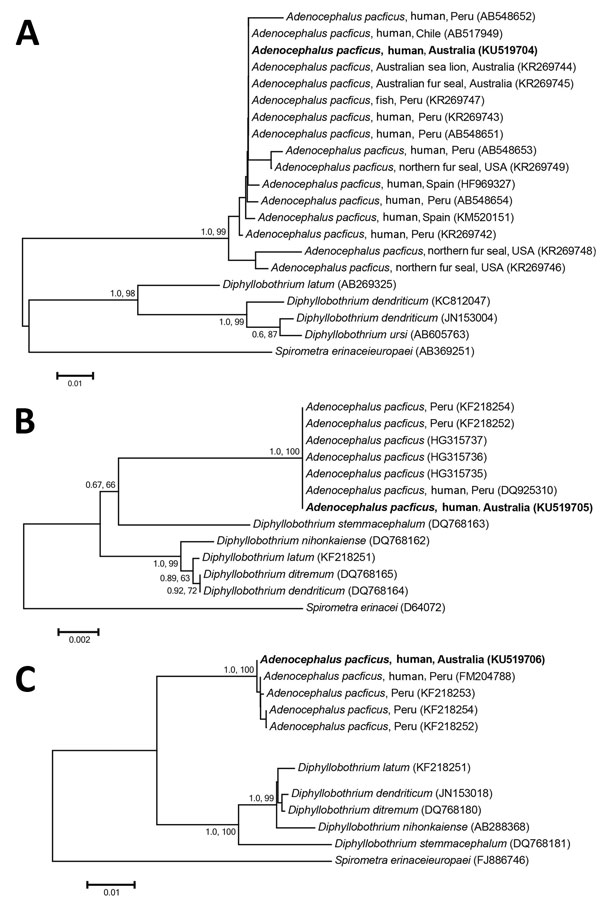 Figure. Phylogenetic relationship of genetic sequences from an Adenocephalus pacificus tapeworm obtained from a human in Australia (bold) and selected reference sequences. The relationship was inferred on the basis of DNA sequence analyses of cytochrome c oxidase 1 (A), small subunit RNA (B), and internal transcribed spacer (C) regions, using Bayesian inference and neighbor-joining phylogenetic methods. Topologies of trees generated by both methods were similar; thus, only neighbor-joining trees are shown here. Spirometra spp. were used as the outgroup. Nodal support is shown as posterior probability value (first) and bootstrap value (second) on the basis of 2 million generations for Bayesian inference and 10,000 replicates for neighbor joining, respectively. GenBank accession numbers are shown in parentheses. Scale bars indicate nucleotide substitutions per site.