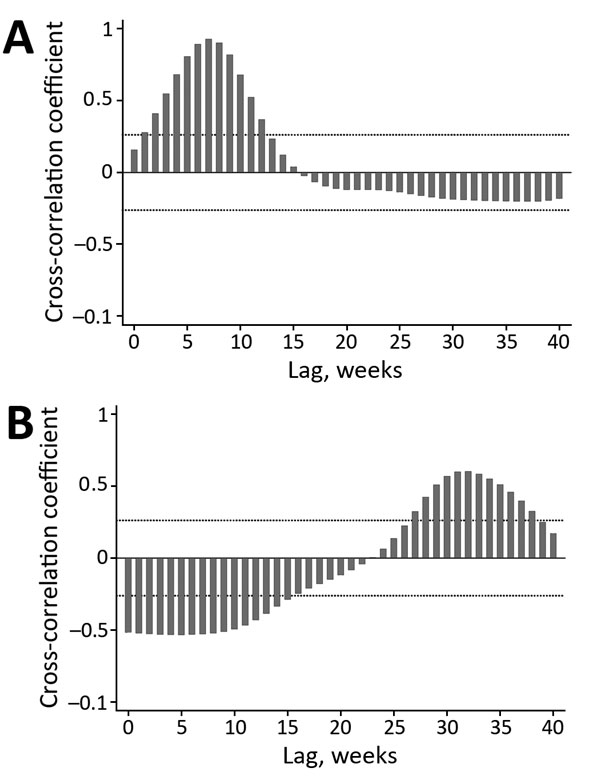 Figure 2. Cross-correlation of acute exanthematous illness with A) Guillain-Barré syndrome and B) suspected microcephaly, Salvador, Brazil, 2015–2016, for a 5-week moving average. Dotted horizontal lines indicate 95% tolerance intervals for a null model of no association. Negative correlations observed at early lag periods are a function of large numbers of acute exanthematous illness cases that occurred early in the study period when there were no suspected cases of microcephaly.