Dangers of Noncritical Use of Historical Plague Data 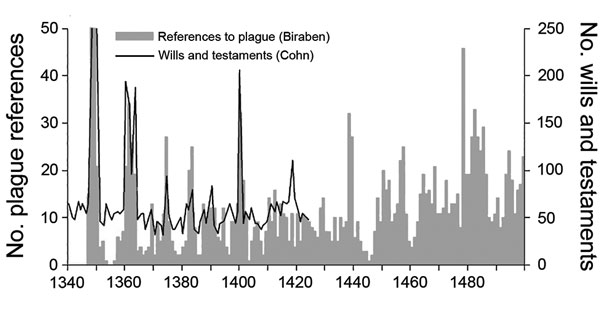 Figure 7. Comparison of Biraben’s and Cohn’s historical plague data sets. Biraben’s data set included references to plague in various types of documents from Italy, Iberia, France, the Low Countries, and the British Isles that were written during 1345–1499 (2,3). Cohn’s data set included information from a select set of documents (wills and testaments of 9 cities) that were drafted during 1340–1424 (21). Graph provided courtesy of Campbell B. The great transition: climate, disease and society in the late-medieval world. Cambridge: Cambridge University Press; 2016 (39).

1Both authors contributed equally to this article.