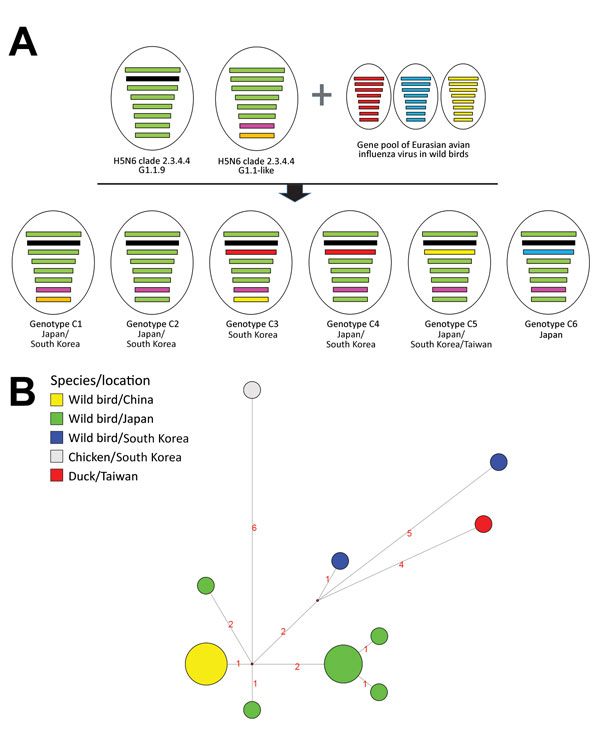 Figure. Genome constellation of influenza A(H5N6) viruses identified in East Asia during 2016–2017 and median-joining phylogenetic network of genotype C5. A) Viruses are represented by ovals containing horizontal bars that represent 8 gene segments (top to bottom: polymerase basic 2, polymerase basic 1, polymerase acidic, hemagglutinin, nucleoprotein, neuraminidase, matrix, and nonstructural). The colors of gene segments denote the genetic origins as previously described by Takemae et al. (7): green and black, G1.1.9 genotypes from China; pink and orange, G1.1-like genotypes from China; other colors, avian influenza lineages from Eurasia. B) Median-joining phylogenetic network of genotype C5 was constructed from the hemagglutinin gene and includes all the most parsimonious trees linking the sequences. Each unique sequence is represented by a circle sized relative to its frequency in the dataset. Branch length is proportional to the number of mutations. Isolates are colored according to the origin of the sample.