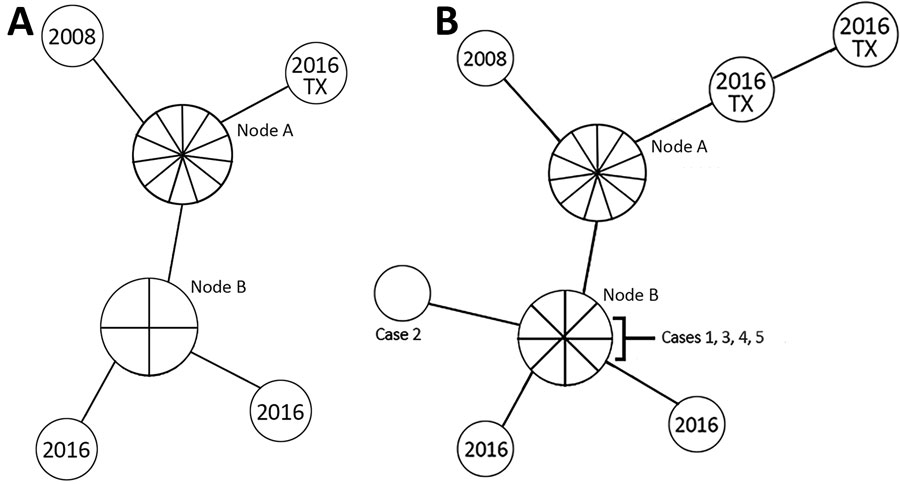 Figure 1. Whole-genome sequencing map of Hennepin County tuberculosis (TB) case cluster, Minneapolis, Minnesota, USA, including cases identified in Texas, USA, in 2016. A) 2008–2016 case cluster, which included 18 cases; B) updated 2008–2018 case cluster, totaling 24 cases. Isolates with the same genome sequence are displayed together in 1 node. Nodes are connected by lines proportional in length to the number of single-nucleotide polymorphism differences between isolates (n = 1, for all). No epidemiologic link to Minnesota was identified for the cases in Texas. Node A contains 10 cases diagnosed during 2008–2015 and the most recent common ancestor reference point. In panel A, node B contains 4 cases diagnosed during 2014–2016, and in panel B, node B contains 8 cases diagnosed during 2014–2018.