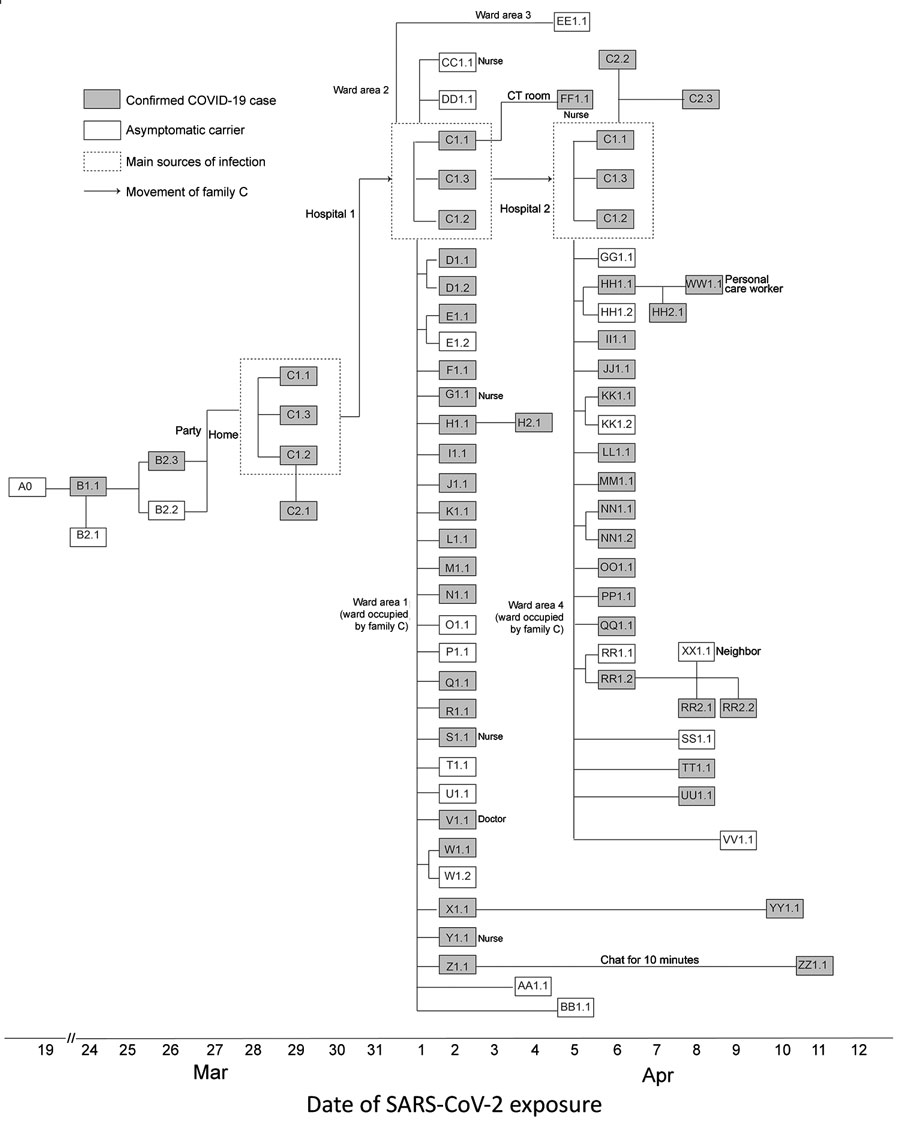 Figure. Timeline of exposure and connections between cases of severe acute respiratory syndrome coronavirus 2 (SARS-CoV-2) among persons in Heilongjiang Province, China. A0 returned from the United States on March 19, tested negative for SARS-CoV-2, and self-quarantined in her apartment and remained asymptomatic. However, SARS-CoV-2 serum IgM was negative and IgG was positive in later retests, indicating that A0 was previously infected with SARS-CoV-2 and likely was an asymptomatic carrier. B1.1, A0’s downstairs neighbor, likely became infected by using the elevator in the building after A0 had used it.