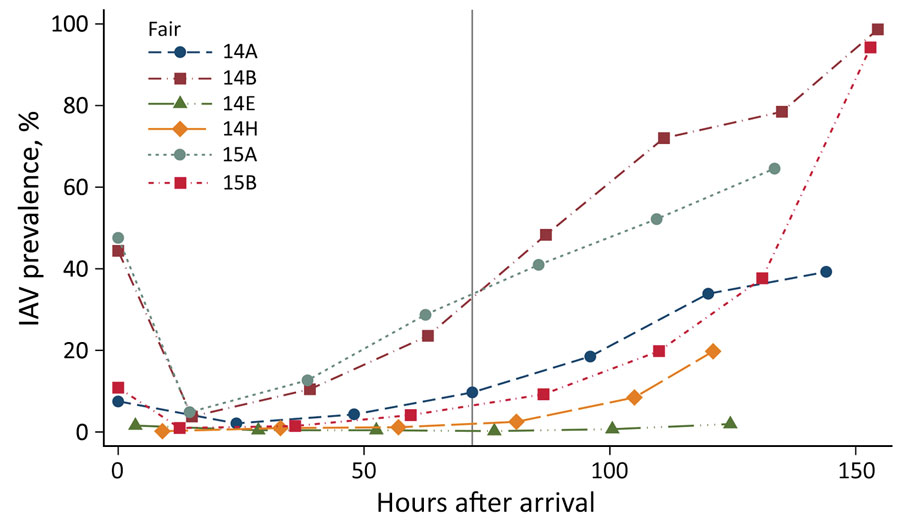 Figure 1. Percentage of pigs that tested positive for IAV by real-time reverse transcription PCR at 6 IAV-positive agricultural fairs, Ohio and Indiana, USA, 2014 and 2015. Each data point represents the prevalence at that sampling timepoint connected with colored lines to indicate trend over time for each individual fair. IAV prevalence rises steeply through the latter half of each fair, indicating the strong role of lengthy show duration in increased viral amplification in each swine population. The reference line shows the recommended 72-hour cutoff for swine show duration. IAV, influenza A virus.

Page created: August 15, 2022
Page updated: September 20, 2022
Page reviewed: September 20, 2022
The conclusions, findings, and opinions expressed by authors contributing to this journal do not necessarily reflect the official position of the U.S. Department of Health and Human Services, the Public Health Service, the Centers for Disease Control and Prevention, or the authors' affiliated institutions. Use of trade names is for identification only and does not imply endorsement by any of the groups named above.