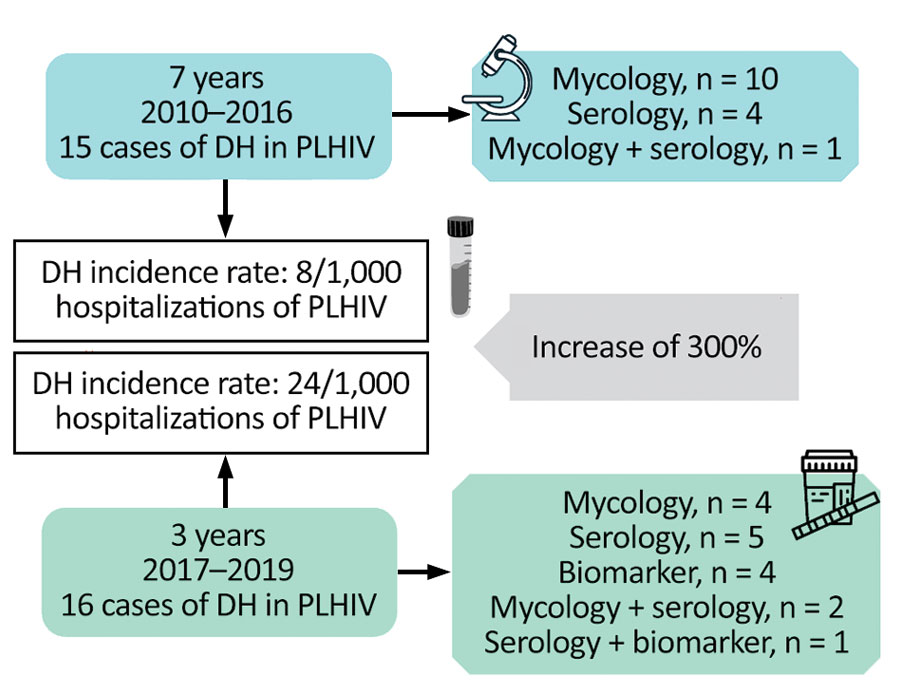 Figure. Approach used for the diagnosis of 31 cases of DH in PLHIV from a tertiary hospital in southern Brazil, 2010–2019. The incidence rate of DH between periods before (2010–2016) and after (2017–2019) implementation of the urinary antigen test shows an increase of 300%. DH, disseminated histoplasmosis; PLHIV, persons living with HIV.

Page created: January 27, 2022
Page updated: February 21, 2022
Page reviewed: February 21, 2022
The conclusions, findings, and opinions expressed by authors contributing to this journal do not necessarily reflect the official position of the U.S. Department of Health and Human Services, the Public Health Service, the Centers for Disease Control and Prevention, or the authors' affiliated institutions. Use of trade names is for identification only and does not imply endorsement by any of the groups named above.