The Hallucinogenic Toreador by Salvador Dalí 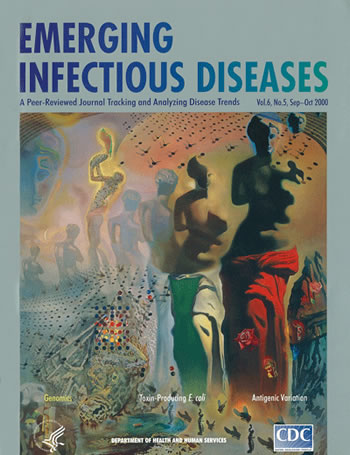 The Hallucinogenic Toreador is a complex compendium of Salvador Dalí's work and an instructive example of his method of artistic creation. The Venus de Milo on the right was engendered by a fortuitous double image seen on a common box of Venus de Milo-brand coloring pencils. Dalí's scrutiny of the negative spaces in the well-known image produced the complementary, alternate image of a bullfighter to the left of the main Venus de Milo. This supplementary image invites the eye to wander in a way that relives Dalí's visualization and introduces us to the almost hypnotic array of forms that populate this vast canvas.

The whole scene is contained in a bullfight arena. Afternoon shadows sweep to the left and engulf a panorama of memories and visual associations: the gadflies of St. Narciso, patron saint of Catalonia, swarm over the arena and form the cap, hairnet, and cape of the bullfighter and the tear in his eye, together with the shape of a dying bull in the lower left; a pool of the bull's blood and saliva transforms itself into a sheltered bay with a sunbather on an inflatable mattress; the flotsam and jetsam in the lower section of the beach take on the shape of a Dalmatian dog, its head facing the pool of water; the green tie of the toreador makes a visual twin of the shadows of Venus' garment; the form of the slain bull rises to become the sheltering mountain landscape of the Cape Creus area around Port Lligat, where this work was painted; a mountain, which in turn is mimicked on the right by the inclusion of a craggy peak with a rose near its summit, recalls the precipitous mountains around the town of Rosas, near Dalí's studio.

The unfolding, shifting spectacle of all this is watched, at bottom right, by the very young Dalí, dressed in a sailor's suit. His innocent vision seems propelled by the flies of St. Narciso, while he stands distracted, holding a child's toy hoop. On the opposite side, an artist's easel or chair, with a cubistic rendition of the Venus de Milo, harks back to Dalí's art-school experiences of drawing from plaster casts, one of which stands immediately behind the easel. The space between the student days and the childhood days is peppered with items from Dalí's mature works: his beach landscapes are suggested in the landscape at lower left; the double image of the dog recalls his interest in optics; the molecular diagram of the bull's head reminds us of his fascination with atomic science, together with his love of the architectural decorations of Antoní Gaudí; the shadows of the small, floating plaster Venus statues suggest both the silhouettes of the Angelus series and repetitive art-school practice; the bust of Voltaire goes back to his famous double-image work; and the floating rose brings to mind his Gradiva and bleeding-rose works. Read this way, the space bridges Dalí's artistic history. This creative chronicle is dedicated to Gala, Dalí's wife, who is seen in a cameolike apparition at the upper left; she looks disapprovingly at the bullfight scene while returning the young Dalí's gaze. Their gazes meet exactly midpoint in the canvas, fixed upon the central, obsessively painted button of the toreador's shirt collar.

In broad view, the painting is a kind of visual autobiography, prompted by the chance viewing of the Venus de Milo, the cold stone of which (in a twist of the myth of Pygmalion) is transformed into an artistic vision. The beloved landscape of the artist's birthplace, the innocence of childhood, the bullfights of youth, the legends of his adolescence, the unfolding interests of his maturity, and the faith in his wife-all are placed beneath our gaze, suffused with the red and yellow tones of the Spanish national flag.

Salvador Dalí imagined the world as being held together by a mysterious order, a ubiquitous symmetry, that only scientific thought and, by implication, his "paranoiac-critical method" could convey. The discovery of the DNA double helix by Francis Crick and James Watson in 1953 confirmed his intuition of a hidden order, encouraging his belief in the transformational power of "nuclear mysticism"-that is, in what he called the vision of matter constantly in the process of dematerialization, of disintegration, thus showing the spirituality of all substance." The paranoiac-critical method was indebted to the surrealist concept. What surrealism called for, in art as in life, was new, cohesive interaction between the phenomena of the objective, external world and the interior workings of the individual psyche.

The Hallucinogenic Toreador by Salvador Dalí