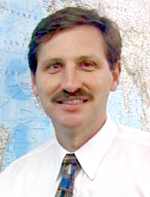 Figure 3. . Dr. Petersen is Deputy Director for Science, Division of Vector-Borne Infectious Diseases, Centers for Disease Control and Prevention. He has been active in developing ArboNet, a new surveillance system to...

Dr. Petersen (Figure 3) is Deputy Director for Science, Division of Vector-Borne Infectious Diseases, Centers for Disease Control and Prevention. He has been active in developing ArboNet, a new surveillance system to monitor the spread of the West Nile virus in the United States. His research focuses on the epidemiology and prevention of vector-borne infectious diseases in the United States and abroad. 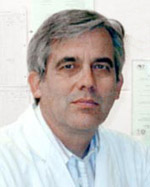 Figure 4. . Dr. Roehrig is chief of the Arbovirus Diseases Branch, Division of Vector-Borne Infectious Diseases, Centers for Disease Control and Prevention. His research interests focus on the immunology of vector-borne viral...

The recognition of West Nile (WN) virus in the Western Hemisphere in the summer of 1999 marked the first introduction in recent history of an Old World flavivirus into the New World (1,2). The United States is not alone, however, in reporting new or heightened activity in humans and other animals, and incursions of flaviviruses into new areas are likely to continue through increasing global commerce and travel. Similar expansion of other flaviviruses has been documented. Dengue viruses, perhaps the most important human flaviviral pathogens, have spread from roots in Asia to all tropical regions (3-5). Japanese encephalitis (JE) virus has recently encroached on the northern shores of Australia and may soon become endemic in that continent (6-9). This issue of Emerging Infectious Diseases focuses on current understanding of the biology, ecology, and epidemiology of WN virus.

Figure 2. . Diagram of the flavivirus virion. An icosahedral nucleocapsid (half shown here) encloses the virion RNA. The virion has an envelope derived from the host cell membranes. E-glycoprotein (E), an integral...

WN virus, a member of the family Flaviviridae (genus Flavivirus) (10), was first isolated in 1937 in the West Nile district of Uganda (11). Flaviviruses have a 30- to 35-nm icosahedral core composed of multiple copies of a 12-kDa capsid protein. The capsid encloses a single-stranded, positive-sense RNA of approximately 12,000 nucleotides (Figure 1). The capsid is enclosed in a host cell-derived envelope that has been modified by the insertion of two integral membrane glycoproteins, E (53 kDa) and prM (18-20 kDa). The virion is 45 nm to 50 nm in diameter (Figure 2). Late in virus maturation, the prM protein is cleaved to M protein (8 kDa) by a cellular protease, and the M protein is incorporated into the mature virion. The genome also encodes seven nonstructural proteins (NS1, NS2a, NS2a, NS3, NS4a, NS4b, and NS5) that make up the intracellular replication machinery of the virus. E-glycoprotein, the most immunologically important structural protein, is the viral hemagglutinin and also mediates virus-host cell binding. It elicits most of the virus neutralizing antibodies. WN virus is a member of the JE virus serocomplex (Table) (12), which contains a number of viruses also associated with human encephalitis: JE, St. Louis encephalitis (SLE), Murray Valley encephalitis, and Kunjin (a subtype of WN). All flaviviruses are closely related antigenically, which accounts for the serologic cross-reactions observed in the diagnostic laboratory. Members of the JE complex are even more closely related, often needing specialized tests (e.g., virus neutralization assays) to differentiate the infecting flavivirus (13). Because of the close antigenic relationships between the flaviviruses, acute- and convalescent-phase serum specimens from patients are required to fully assess antibody response. A useful outgrowth of the recent WN virus activity has been the development, standardization, and implementation of rapid techniques for antibody and virus detection (14-16). These rapid, sensitive techniques permitted identification of overwintering mosquitoes in New York City in 2000 and two human WN encephalitis cases in Israel in 1999 (17,18).

Recent outbreaks of WN virus have been accompanied by an apparent evolution of a new WN virus variant. WN virus can be divided genetically into two lineages (26-29). Only members of lineage 1 WN viruses have been associated with clinical human encephalitis (the lineage of the WN virus causing the human outbreak in South Africa in 1974 is under contention). Lineage 1 WN viruses have been isolated from Africa, India, Europe, Asia, and North America. In addition, Kunjin virus, an apparent subtype of lineage 1 WN viruses, cocirculates in Australia with a second encephalitis virus member of the JE virus complex, Murray Valley encephalitis virus (26). Lineage 2 WN viruses are maintained in enzootic foci in Africa and have not been associated with clinical human encephalitis. Among lineage 1 WN viruses, the viruses causing the recent human and equine outbreaks throughout Europe and Asia have been most closely related to a WN virus first isolated in Romania in 1996 (ROM96) and subsequently in Kenya in 1998 (25,30,31). The WN virus responsible for the U.S. outbreak (NY99) is genetically distinguishable from the ROM96-like viruses. The closest relative of NY99 virus was a virus circulating in Israel from 1997 to 2000 (Isr98). Only the United States and Israel have reported illness and death in humans and animals caused by this Isr98/NY99 variant of WN virus (18,28). The reason for this is not known. The genotype of NY99 WN virus in the United States has remained stable. Very few genomic changes occurred in the NY99 WN virus between the 1999 and 2000 WN virus outbreaks (32; R. Lanciotti, pers. comm.).

The 2000 WN virus outbreak in humans and birds in Israel was caused by cocirculation of both the ROM96 and the Isr98 variants of WN virus (33; C. Banet, manuscript in preparation). Although these are the first reports of two genetic variants of WN virus causing a single WN encephalitis outbreak in humans and birds, similar mixed human flavivirus outbreaks have been documented for dengue virus (34).

The close genetic relationship between WN virus isolates from Israel and New York suggests that the virus was imported into North America from the Middle East. The means of its introduction (infected bird, mosquito, human, or another vertebrate host) will likely remain unknown. A striking feature of the initial human epidemic in New York City in 1999 was the high number of avian deaths in the accompanying epizootic, particularly in American Crows (Corvus brachrhynchos) and other corvids (35,36). Subsequent work demonstrating near 100% death rates among experimentally infected American Crows with NY99 WN virus has confirmed this observation (R. McLean, pers. comm.). Although one early study showed high death rates among Egyptian Hooded Crows (Corvus corone) and House Sparrows (Passer domesticus) experimentally infected with the prototype Egypt 101 WN virus strain (37), the epizootic in Israel in 1997 to 2000 was the first in the Old World demonstrating high avian death rates (38). Whether high avian death rates in the United States are due to higher virulence of the circulating strains or to higher susceptibility in North American birds requires further evaluation.

High avian death rates during the 1999 epizootic in the New York City area prompted an avian mortality surveillance system to track the spread of WN virus in the eastern and southern United States. Surveillance showed expansion of viral activity to 12 states in 2000, extending from the Canadian border to North Carolina, a distance of 900 km (39). Pronounced northward spread of the virus from New York City was noted in the late spring and early summer and southward spread in the late summer and fall--a pattern consistent with bird migration. Through 2000, avian mortality rate surveillance has documented WN virus infection in 76 North American native and captive bird species. Although American Crows were by far the most commonly identified species, this may reflect the lethality of infection in this species, rather than its importance as a reservoir host.

Despite the substantial geographic expansion of WN virus activity documented by avian mortality surveillance in 2000, human infections were noted only in New York City and surrounding counties in New Jersey and Connecticut (39). Ten of the 21 infected persons identified in 2000 lived on Staten Island, the only part of New York City without documented WN virus infections in humans in 1999. The reason that the 2000 human epidemic remained focal despite a widely geographically expanding epizootic is unknown. Extensive spring and early summer larval mosquito control efforts in urban areas of the Northeast likely contributed to decreased human exposure to mosquitoes.

In addition to high mortality rates of 5% to 14% among persons with neurologic symptoms in the recent U.S., Romanian, Russian, and Israeli outbreaks, other clinical aspects (e.g., profound motor weakness and infrequency of skin rash and lymphadenopathy) differ from those of earlier outbreaks (19,20,22,25,39,40). Serologic surveys accompanying the Romanian (1996) and two U.S. outbreaks (1999 and 2000) indicated that severe neurologic illness developed in <1% of persons infected with WN virus, with systemic febrile illness developing in approximately 20% of those infected (40,41).

In the United States in both 1999 and 2000, infections in humans peaked in August and in horses in September (39,42), suggesting either different mosquito species transmitting the virus to humans and horses or temporal differences in exposure to the same species. In 2000, 14 mosquito species in five states had evidence of WN virus infection (by culture or nucleic acid amplification) (39). Since mosquitoes of the genus Culex are the principal maintenance vectors in the Old World, not surprisingly, Cx. pipiens and Cx. restuans--common, ornithophilic maintenance vectors for SLE in the northeastern United States (43)--were by far the most frequently identified species with WN virus in 2000 (39). However, which species are most important for transmission to humans or horses remains unknown. Extensive mosquito collections from Connecticut and New York State indicated that Cx. pipiens was present in high numbers and had high WN virus infection rates in early August, coinciding with a subsequent peak in human disease in the New York City area (44,45). One important observation was the high WN virus infection rates in and abundance of Cx. salinarius mosquitoes on Staten Island in 2000, which temporally coincided with the human outbreak (46). This species indiscriminately feeds on both birds and mammals and readily bites humans.

Outbreaks caused by WN and SLE viruses have been difficult to predict, in part because of our incomplete knowledge of the viruses' complex ecology. Weather data suggest that hot, dry summers may promote human outbreaks caused by these two viruses (25,40,47,48). The mean July temperature in the New York City area in 1999 was among the highest on record, while 2000 was comparatively cool. However, climate and weather influence mosquito populations and arboviral recrudescence in complex ways; simple generalizations about weather have had poor predictive value for SLE forecasting and will likely be equally unpredictive for WN virus forecasting in any given area (48,49).

In the United States, first attempts have been made to predict WN virus human epidemics in a county on the basis of avian mortality data (50); efforts to interpret avian mortality or other surveillance data at a more local level for more focused emergency mosquito control are at an even earlier stage of development (46,51). To prevent WN virus infection in humans, extensive early season larval control has been recommended and undertaken, as have the development and dissemination of public health messages for reducing personal exposure to mosquito bites (52). The efficacy and cost-effectiveness of these prevention measures, along with application of pesticides to control adult mosquitoes, require further evaluation. These evaluations are likely to be hindered by the sporadic nature of human WN epidemics. Given our incomplete and evolving knowledge of the ecology and public health impact of WN virus in the Americas, as well as the efficacy of control efforts, the virus will remain an important public health challenge in the next decade.