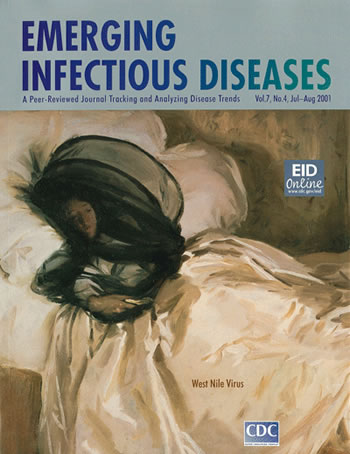 Neither signed nor dated, The Mosquito Net was retained by Sargent until the end of his life and has long been ranked among his best "private" works-small paintings done for his own delectation rather than for a patron. The woman who posed for the painting was Marion Alice (Polly) Barnard, whose father, Frederick, was a painter and friend of Sargent's. Sargent scholar David McKibbin, who knew the Barnard sisters, specified that it was painted in 1912 at Abries, in the French Alps, a few kilometers from the Italian border.

In 1905, after the death of his mother, Sargent began to take annual trips in the autumn, to Italy and Switzerland, usually in the company of his sister Emily and her friends, including the Barnard sisters. On these trips, the women often posed for Sargent's water colors and oil paintings, and in preparation he brought with him elaborate costumes and accessories. One such accessory was the remarkable mosquito net, designed by Emily and called by Sargent "garde-mangers," or "protection from the eaters."

In this amusing picture, the model is resting on a bed under such a garde-manger. Enveloped in voluminous satin skirts, cushioned by white pillows, the woman has abandoned her reading. The book lies neglected in her hand. Her pensive features are glimpsed through the black enclosure of the mosquito net, whose wire ribs describe a series of strong arcs.

The curtain or wall covering behind her, with its suggestion of a floral pattern, is brushed in quick, unfocused touches in sandalwood and brown, blue, green, and red. It owes much to Édouard Manet's portrait of Stéphane Mallarmé (1876; Musée d' Orsay, Paris), a work that had demonstrable impact on Sargent. The contrast between the flashing brushwork in the satin skirt and the motionless brushwork in the silent face is one measure of his imagination and skill. Reclining attitudes are common in Sargent's art, both in portraits and in small genre pictures, and they are evocative of pervasive fin de siècle indolence.