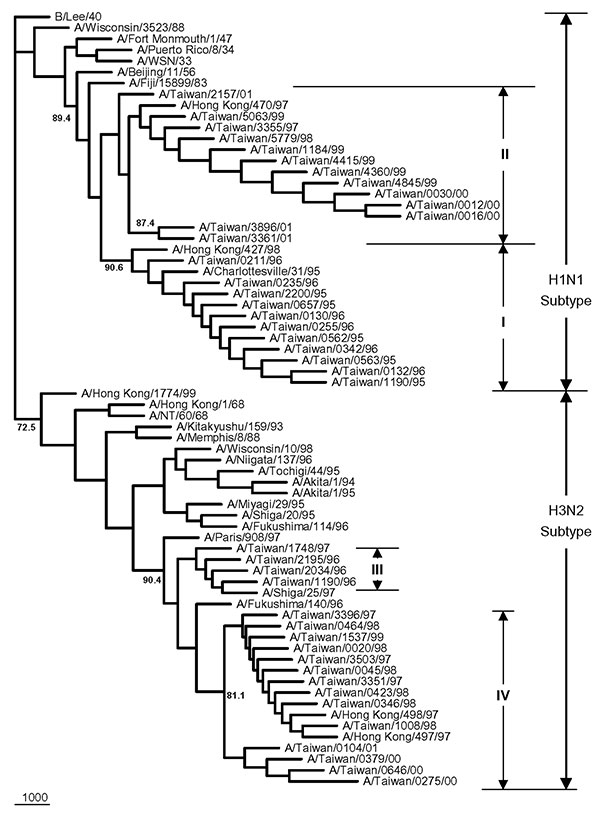 Figure 4. Phylogenetic tree of influenza A viruses for their PB1 gene nucleotide sequences. Apart from the 42 Taiwanese isolates obtained in this study, 27 reference strains were included; these were selected on the basis of an extensive search of all human H1N1 and H3N2 influenza viruses from GenBank, whose PB1 sequences were shown to be able to be translated into the putative PB1-F2 gene. The tree was rooted with B/Lee/40. All strains were separated into two groups according to their subtypes. Sequence analysis was conducted using the software Lasergene, Clustal W and PHYLIP with 1,000 replicates. All sequences are 300-nt long from genomic position 104 to 403 based on the PB1 gene of A/Puerto Rico/8/34, which covers at least the entire PB1-F2.