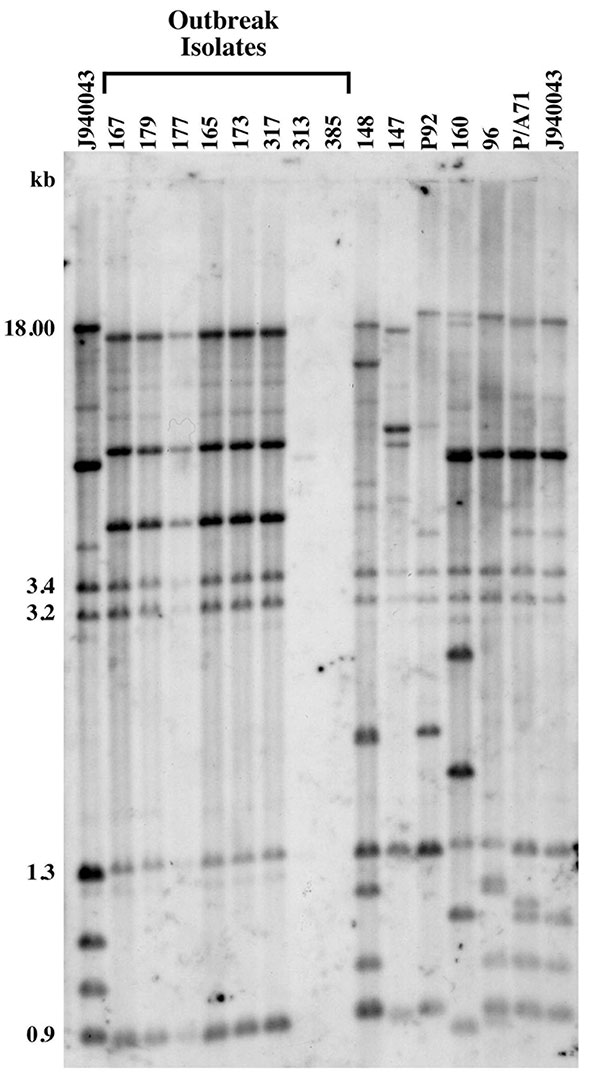 Figure 1. Genetic analysis of Candida parapsilosis clinical isolates. Southern blot hybridization patterns of the 14 C. parapsilosis test isolates were probed with the Cp3-13 DNA fingerprinting probe. The reference strain J940043 was run in the outer two lanes of the gel. Isolates associated with the hospital outbreak are indicated. Note that while isolates 167, 179, 177, 165, 173, and 317 displayed identical group I patterns, strains 313 and 385 showed patterns typical of non-group I strains with a lack of abundant intense bands. Molecular sizes are presented in kilobases to the left of the panel.