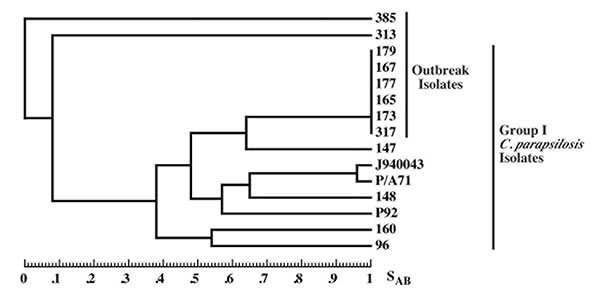 Figure 2. Relatedness of Candida parapsilosis clinical isolates. Dendrogram generated from SABs computed for pairwise comparisons of the 14 C. parapsilosis test isolates and the reference strain J940043 fingerprinted with Cp3-13. Note that with the exception of the six identical outbreak isolates, none of the dendrogram nodes exceed an SAB value of 0.7 for the other test isolates.