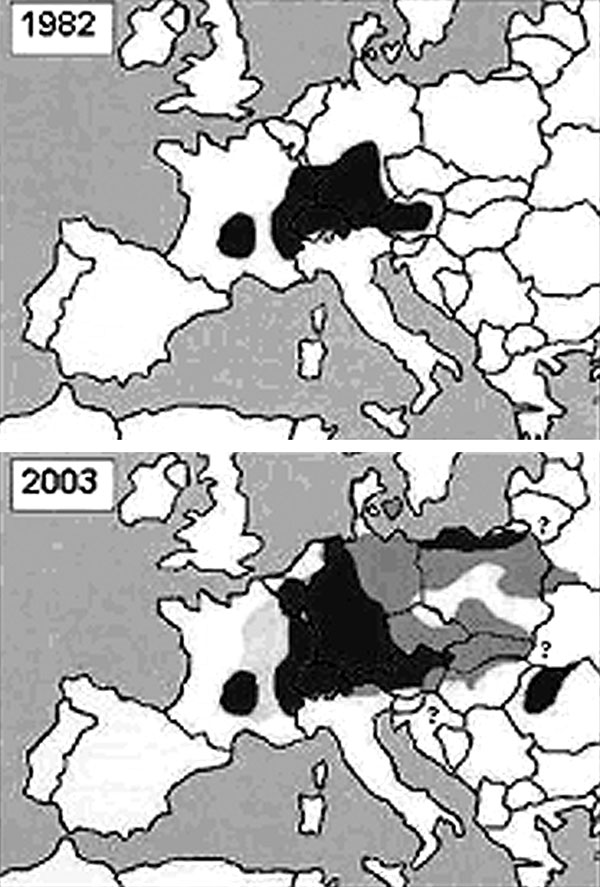 Figure. Distribution of Echinococcus multilocularis in Europe (1,2,4, this study). Black areas: Infection was reported in men, foxes and or rodents. Dark gray areas: Infection was described only in foxes and or rodents. Light gray areas: Only human cases were noted. White areas: E. multilocularis free territories. Question marks: The presence or appearance of the parasite is projected. Note: The prevalence of infection in foxes is similar in the majority of the affected countries.