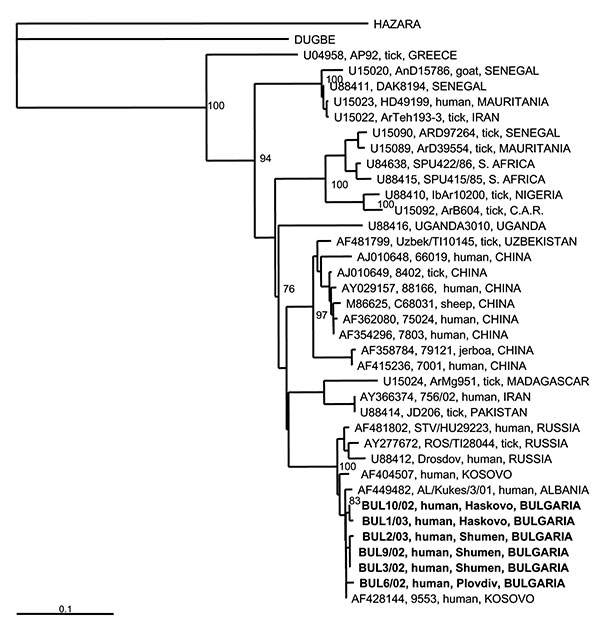 Figure 2. Phylogenetic tree based on 255-nt fragment from the S RNA segment, showing the clustering of the sequences obtained from this study and respective representative Crimean-Congo hemorrhagic fever virus strains from GenBank database. Sequences of two other nairoviruses, Dugbe and Hazara, were included; Hazara virus was used as outgroup. The numbers indicate percentage bootstrap replicates (of 100); values below 70% are not shown. Horizontal distances are proportional to the nucleotide differences. The scale bar indicates 10% nucleotide sequence divergence. Vertical distances are for clarity only. Sequences used in the analysis are indicated at the tree as: GenBank accession no., strain, host, country. CAR, Central African Republic.