Use of Fly Screens to Reduce Campylobacter spp. Introduction in Broiler Houses 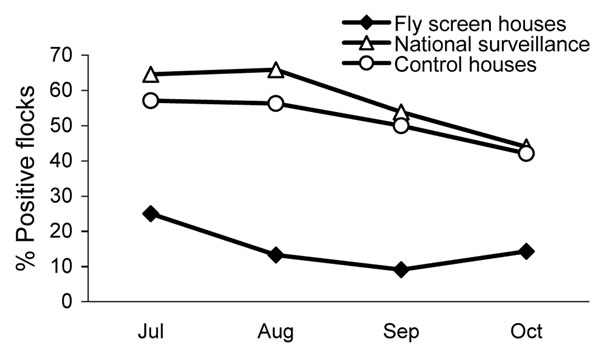 Figure 2. Prevalence per month of Campylobacter spp.–positive broiler flocks during the study period (June 1–November 13, 2006) in fly screen houses (52 flocks) and in control houses (70 flocks), and the national flock Campylobacter spp. prevalence at slaughter of 1,504 flocks according to surveillance data for the same period.