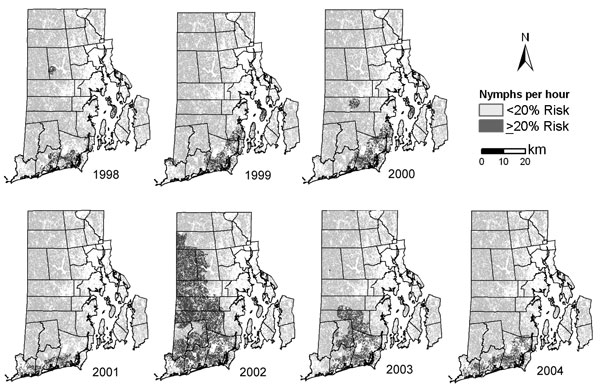 Figure 2. Risk for human case of babesiosis, Rhode Island, USA, derived from simple logistic regression analysis of census tracts with and without babesiosis cases (Figure 1), predicted by average Ixodes scapularis nymphs collected per hour per census tract. The cut-off level for the 2 classes was decided by the number of nymphs collected per hour needed to create a 20% probability of a babesiosis case occurring in a census tract. The continuous nymphal tick abundance surface was modified to subtract areas unsuitable for tick habitat because they contain water, unforested agriculture, or urban land.