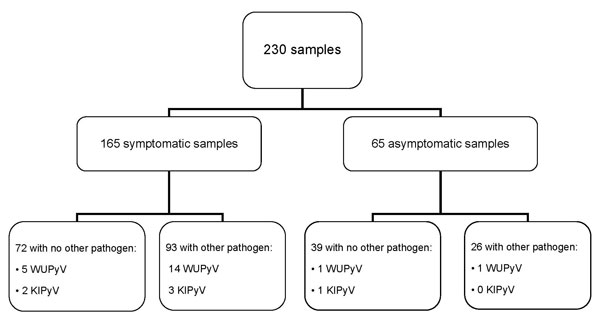 Figure 1. Flow chart of the respiratory samples taken in the study. Samples were collected during November 2004–April 2005, throughout the Netherlands. Samples were taken during symptomatic and asymptomatic episodes. Results show WU polyomavirus (WUPyV )and KI polyomavirus (KIPyV) detections in samples simultaneously negative for other respiratory pathogens and in samples in which >1 other respiratory pathogen(s) were detected.