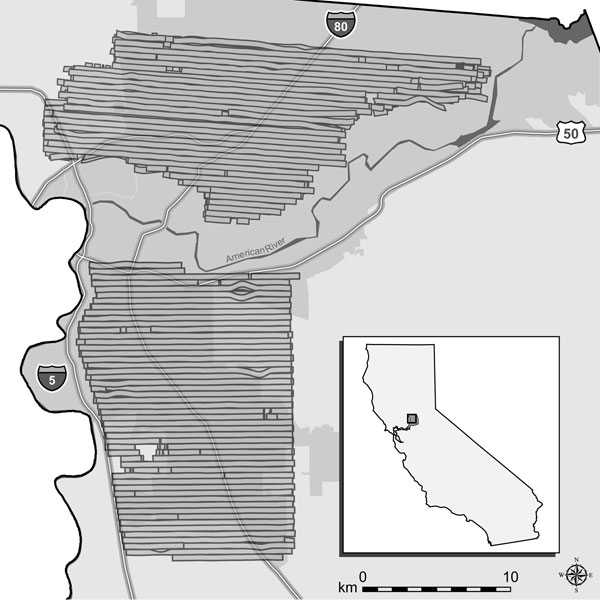 Figure 1. Map of northern and southern aerial adulticiding treatment areas in Sacramento County, California, 2005, showing the 2 urban areas treated by the Sacramento-Yolo Mosquito and Vector Control District (SYMVCD). Horizontal bars represent swaths of spray clouds created by individual passes of the aircraft, as defined by the spray drift modeling systems. Gaps within spray clouds were caused by factors such as towers and buildings that altered the flight of the aircraft (G. Goodman, SYMVCD, pers. comm.). These gaps were assumed to have negligible effect in this study; no human cases occurred within any gaps. Gray region surrounding much of the spray zones represents the urbanized area of Sacramento; urbanized area is defined by the US Census Bureau as a densely settled territory that contains >50,000 persons (21). For display purposes, we used the NAD83 HARN California II State Plane coordinate system (Lambert Conformal Conic projection). Inset shows location of treatment areas in California.