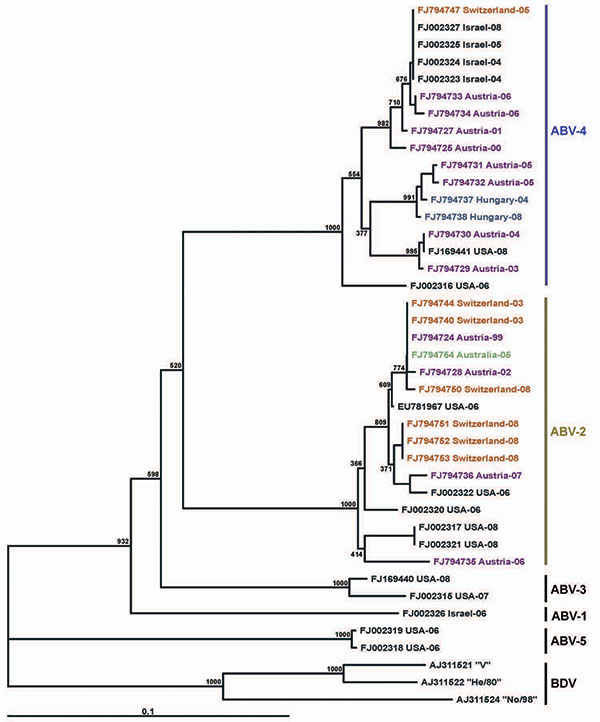 Figure 3. Phylogram illustrating the genetic relationship among avian bornavirus (ABV) genotypes, based on a partial nucleoprotein gene region. Three representatives of Borna disease virus (BDV) were used as outgroups. Scale bar indicates genetic distance; the bootstrap support values are shown for the main nodes. ABVs are identified by GenBank accession number/country of origin/year of collection. Further details are shown in the Appendix Table. Nucleotide sequences determined in this study are highlighted in different colors according to their country of origin. The main ABV genogroups are indicated.