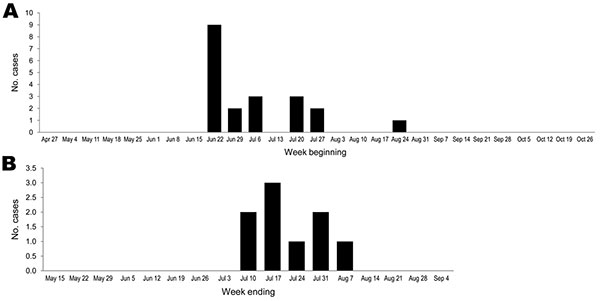 Figure. Date of admission to hospitals in Victoria (A) and New South Wales (B), Australia, for patients with underlying malignancy who were infected with pandemic (H1N1) 2009, April–October 2009. Twelve Victorian and 4 New South Wales patients were recipients of a hematopoietic stem cell transplant. Rates of laboratory detection of all influenza viruses, obtained from population-based epidemic surveillance for Victoria and New South Wales, are given in the Technical Appendix).