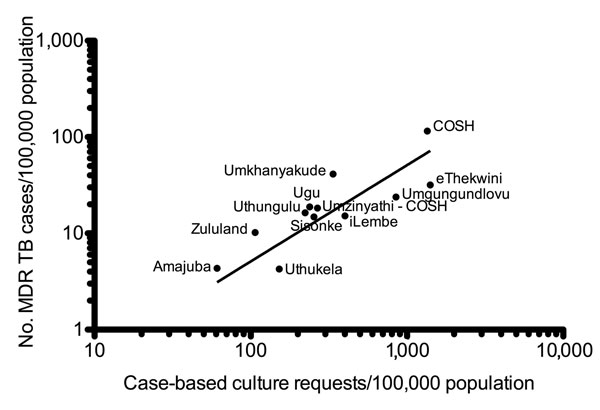 Figure 2. Culture-taking practice correlation with identified multidrug-resistant tuberculosis (MDR TB) prevalence in the 11 districts of KwaZulu-Natal Province and in the Church of Scotland Hospital (COSH), South Africa, 2001–2007. Because of the high level of culture-taking at COSH, COSH data were subtracted from the Umzinyathi district data. Black line indicates the level of MDR TB that would be identified if the whole province requested the same number of culture and sensitivity testing as COSH.