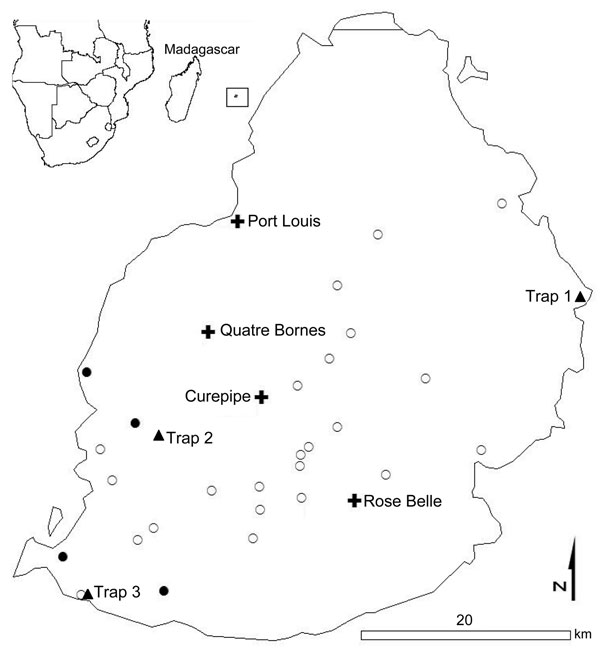 Figure. Location of farms where Rusa deer were sampled (open circles), herds with orbivirus-seropositive deer (closed circles), biting midge collection sites (triangles), and main cities (crosses) in Mauritius. Most (99%) Culicoides spp. midges were trapped at sites 1 and 3. Inset show location of Mauritius (in square) in relation to Africa and Madagascar.