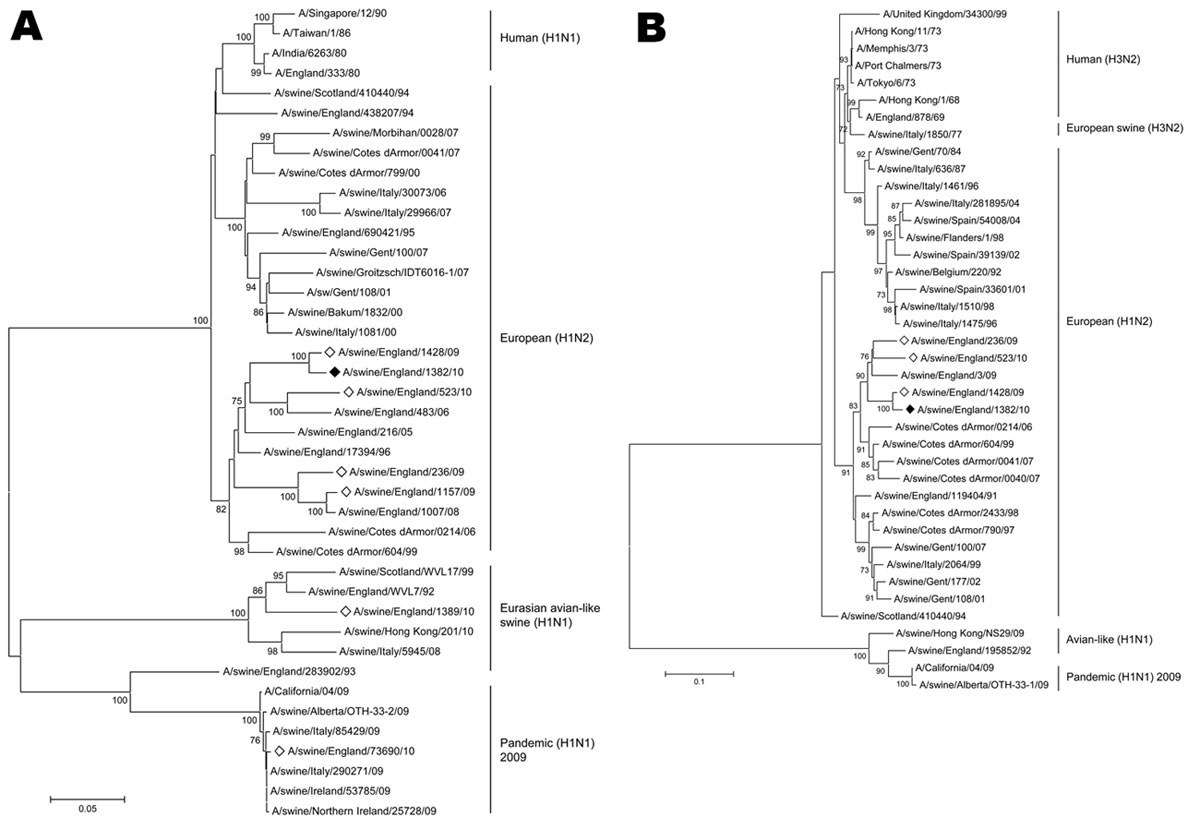 Figure. Phylogenetic analysis of influenza A virus hemagglutinin (A) and neuraminidase (B) genes. Trees were constructed by using the neighbor-joining method. Solid diamonds indicate A/swine/England/1382/10 genes from virus isolated in this study, and open diamonds indicate genes from other viruses reported in this study. Percentage of replicate trees in which the associated taxa clustered together in the bootstrap test (1,000 replicates) is shown next to the branches for values >70% (11). Evolutionary distances were computed by using the Tamura-Nei method (12). Phylogenetic analyses were conducted by using MEGA4 (13). Scale bars indicate nucleotide substitutions per site.