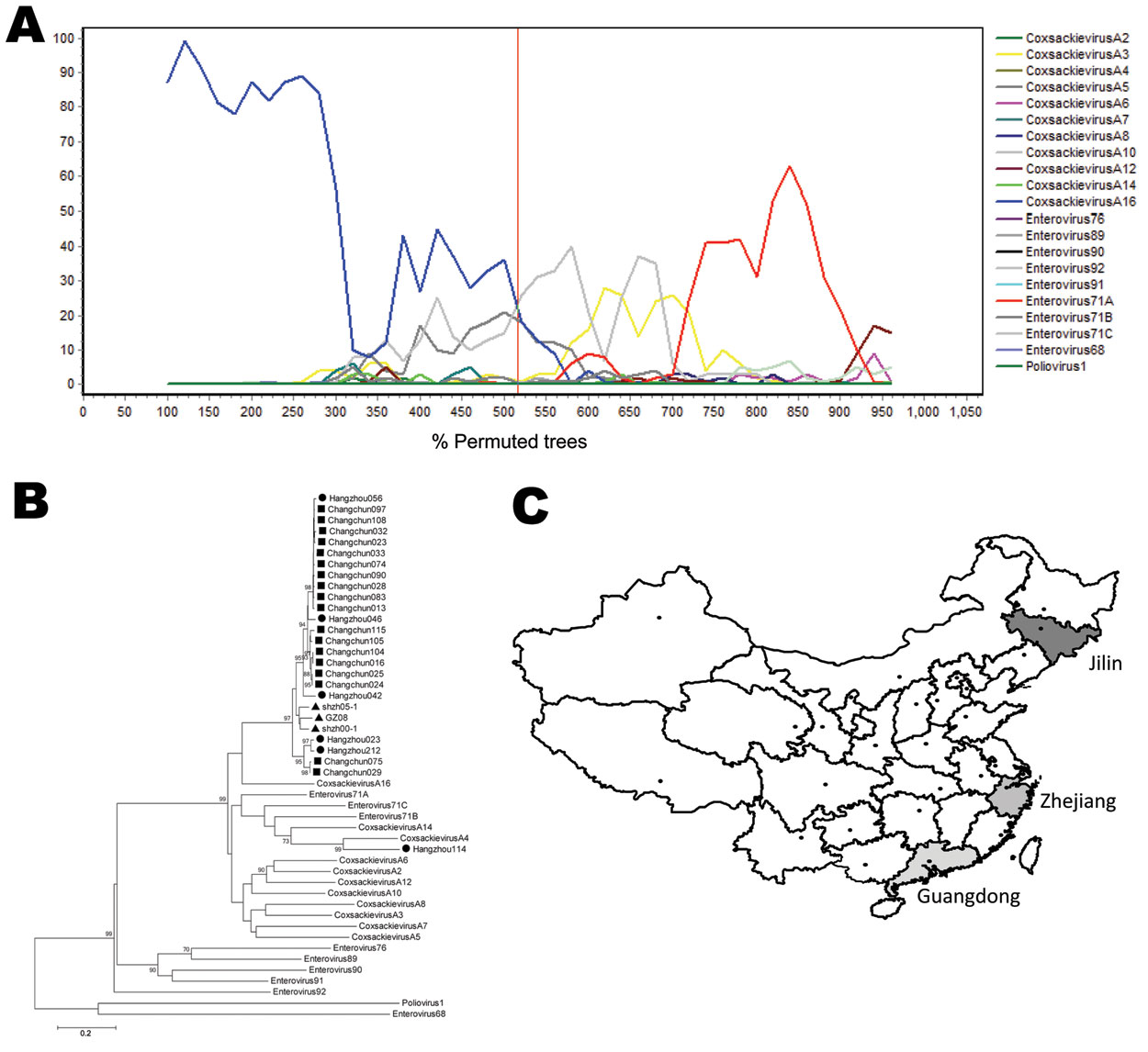 Figure 2. Phylogenetic analysis of Changchun and Hangzhou coxsackievirus 16A (CA16) sequences. A) Bootscanning results representing selected Changchun and Hangzhou sequences. changchun104 was shown for bootscanning analysis with human enterovirus A (HEV-A) sequences and shzh00-1 as references. The results suggested changchun104 was similar to shzh00-1. The red vertical line indicates position 3,555, which corresponded to shzh00-1. B) hangzhou212, hangzhou023, and all Changchun sequences clustered with shzh00-1, shzh05-1, and GZ08, with a very high bootstrap value (100%). Another Hangzhou sequence, hangzhou114, was most likely related to CA4. ● indicates Hangzhou sequences; ■ indicates Changchun sequences, and ▲ indicates shzh00-1, shzh05-1, and GZ08. Scale bar indicates nucleotide substitutions per site. C) Map of the People’s Republic of China indicating the provinces where shzh00-1–like CA16 sequences were characterized.