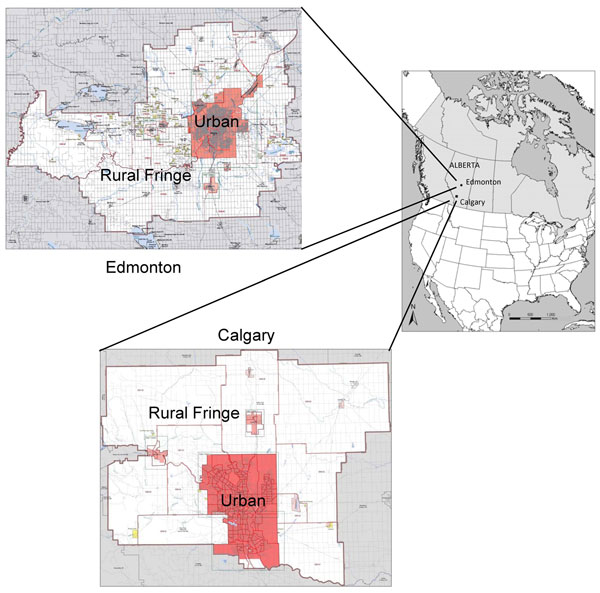 Figure 1. . . . Calgary and Edmonton, Alberta, Canada, census metropolitan areas in which 91 coyote carcasses were collected during 2009–2011 and tested for Echinococcus multilocularis. Reference maps (2006) were obtained from the Geography Division, Statistics Canada (www12.statcan.gc.ca/census-recensement/2006/geo/index-eng.cfm). Urban core areas and surrounding rural fringes are indicated. For Edmonton, 5 (62.5%) of 8 carcasses were positive. For Calgary, 18 (20.5%) of 83 carcasses were positive: 9 (27.3%) of 33 from the rural fringe, 4 (14.8%) of 27 from the urban area, and 5 (21.7%) of 23 whose locations of collection were not accurate enough to be classified as urban or from the rural fringe.