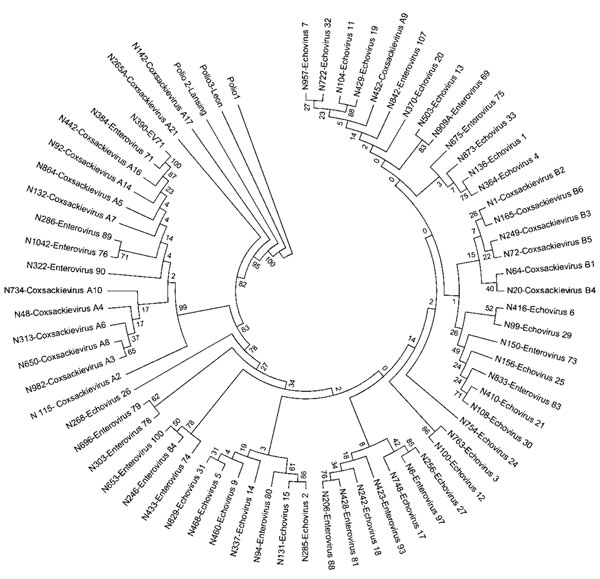 Figure 2. . . . Phylogenetic tree based on viral protein 1 gene nucleotide sequences of strains representing each of the 66 enterovirus serotypes detected in children with acute febrile paralysis, India, 2007–2009. The phylogenetic tree was constructed by using the maximum-parsimony method and with search level 1 close-neighbor-interchange algorithm. The percentage of replicate trees in which the associated types clustered together in the bootstrap test (500 replicates) is shown next to the branches. Evolutionary analyses were conducted in MEGA5 (13). The viral protein 1 gene sequences of the 3 poliovirus prototypes were used as reference. The strain numbers with their serotype association are indicated. The GenBank accession numbers of VP1 gene for 618 acute febrile paralysis isolates are HQ454497–454499 and JN203499–JN204113.